On the face of it, there aren't many cities that present a more modern view to the world than the high-rise city of Shanghai. In fact, the city acts as a deliberately over-the-top glittering showpiece for the burgeoning economic power of China – if you were to judge China on Shanghai alone, you'd be left in no doubt which country is going to dominate the 21st century.Obviously, the rest of the country (and in fact much of the outskirts of Shanghai) are nowhere near as glitzy as this. While, if you scratch below the surface, you see that the workmanship on many of these shiny new constructions is actually fairly shoddy – the cruise terminal (which was only constructed in the last 10 years) seems to be undergoing its third renovation.Just our first glimpse of the city from the ship – viewing its staggering array of space-age skyscrapers confirms that most of this city has been constructed in the last 20 years. But, for me, the joy of Shanghai is to discover the parts of the city that pre-date China's rapid conversion from Communism to Capitalism, the buildings that have survived the city's dramatic transformation.Obviously, the Bund area has the most impressive colonial-era buildings, but if you disappear into the backstreets behind it, there's so many wonderful art deco and neo-colonial classics to discover, many of them now being renovated so that high end boutiques and hotels can move in.My favourite part of town to explore is in the French Concession, around Fuxing Park – low-rise residential streets where you can really imagine what Shanghai was like in the 1930s, when the city was going through a different capitalist boom. Here, you stumble through tight-nit alleys of 1930s apartment blocks, and then emerge next to a super modern mega-mall. If Shanghai wants to maintain any unique character (rather than just becoming a "world city") then it needs to preserve these original neighbourhoods.As if to illustrate the point, on our final morning, I paid a visit to the Yu Yuan Gardens, in the middle of the "Old Chinese City" – the part of Shanghai that wasn't given over to foreigners in the late 19th century. This area appears to have the most "Chinese look" of all Shanghai – lots of pointy tiled roofs and traditional-style Chinese architecture – but it's almost all a modern confection from the last decade or so. To me, this faux Chinese district feels like it's part of Disneyland rather than Shanghai, but the local tourists clearly love it, because it's absolutely packed.In this most modern of cities, it's appropriate that even the old-looking architecture should actually be younger than the super-modern skyscrapers that overlook it. Proof, if it were needed, that nothing in China is quite what it seems. 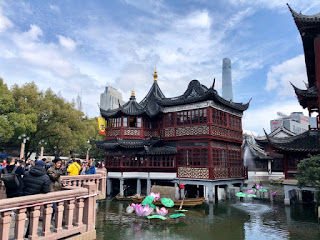 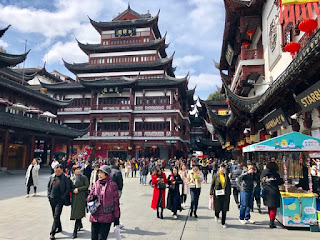 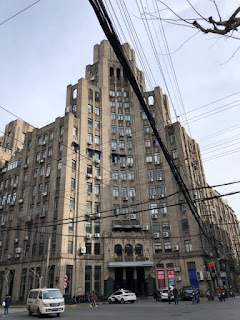 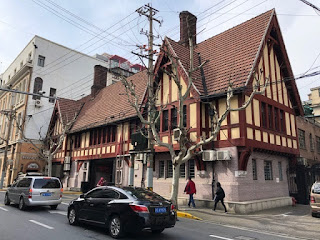 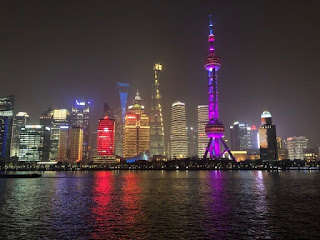