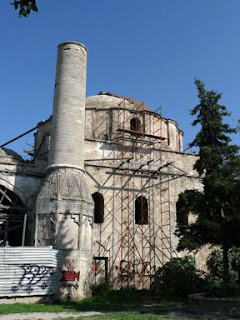 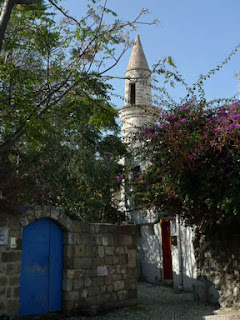 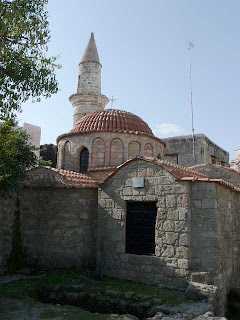 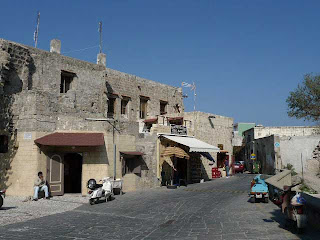 We only had a short stay in Rhodes, so we decided to get off the beaten track and get into the backstreets of the old town, away from the touristy areas. Admittedly, it's definitely off-season here, but once you get into the old medieval backstreets, it's a world away from the tourist stalls and restaurants, and you scarcely see a soul. As we wandered down the ramshackle alleys, we passed a number of dilapidated mosques left over from the Ottoman period, almost four hundred years of Turkish rule from Istanbul. In that period, Islam was the official religion of this now, most Christian of islands, and it's interesting to look from the ship to see the minarets competing with the church towers in the skyline.

Now that Rhodes is Greek again, the Muslim population here has shrunk to virtually nothing, and the old mosques are an unwanted reminder of years of religious repression. The main mosque in the centre of town is still functioning, but the others are closed and slowly falling apart. These crumbling mosques act as a continuing reminder that the tension between Islam and Christianity is a centuries old one, which can be pushed to one side on this idyllic holiday island, but never be totally forgotten about.