October 13th – Exploring The Quieter Side of Ibiza 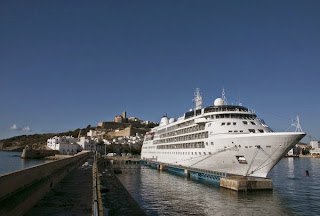 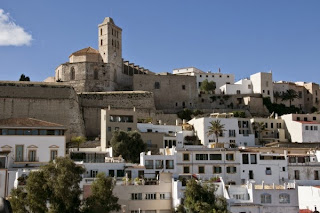 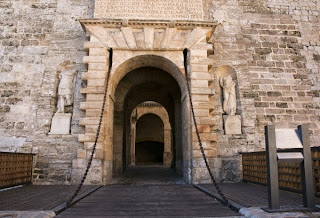 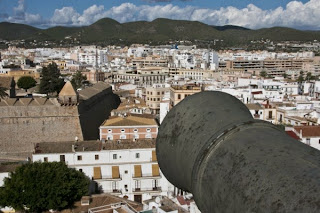 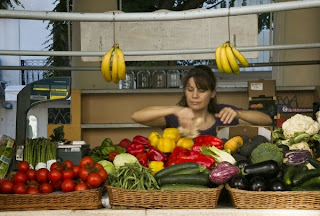 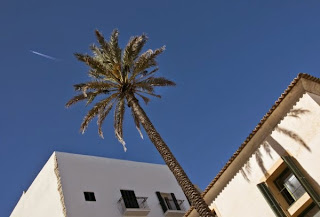 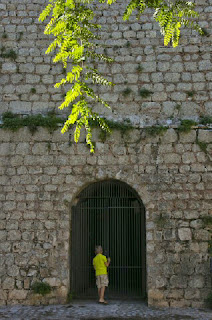 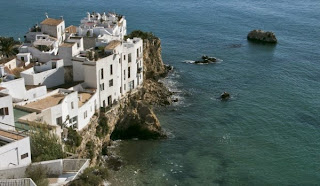 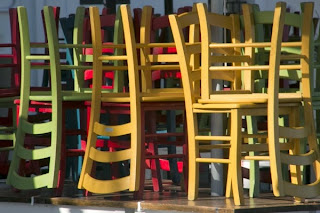 Ibiza Town is a place with a split personality. By day, it's a mild-mannered and relaxed historic town, and by night it turns into a hedonistic nightclubber's paradise. But, on a beautifully sunny morning, you would scarcely believe that this quiet, almost deserted place changes personality after dark. Before mid-day, the whole town had a feel of the morning after the night before, with only a few cruise passengers to liven up its sleepy streets.

We were docked right below the imposing Old Town, the Dalt Vila, which clung to the rock right above us. From the sea, there was an almost North African feel to the town, with its whitewashed box-like houses winding their way up the rock – a feel maybe inherited from the 200 plus years that the Arab Moors were in charge, before the Christian Re-conquest in the 13th century.

At that stage, the Catalans from Barcelona took over, and they've been the dominant influence ever since – giving the Dalt Villa its medieval layout and fortifications, and ensuring that Catalan, not Spanish, is the spoken language of most of the locals. Judging by the immense size of the city's walls and bastions, the Catalans must have been pretty keen to keep hold of their Balearic possession; and doing a stroll up and down those formidable walls, is the best way to start your exploration of the town.

The historic cannons pointing out to the glistening Mediterranean and over towards the neighbouring island of Formentera made for an evocative sight; while the tightly packed warren of streets within the walls shared the atmosphere of the Greek islands (with the pervading smell of stray cats to match!).

Below the Dalt Vila, the rest of Ibiza Town was beginning to wake up, and the modern shopping streets could have been from any Spanish town – that's not meant to be an insult, because it's nice to see that Ibiza Town is a "real" place, not one that's just laid-out for the tourists. In fact, maybe, it was because we've just left behind the cold of London, but the late autumn warmth of Ibiza suddenly made it seem a fairly ideal place to live – it's lively (or quiet – depending on where you go and at what time), it's a very attractive place, and the weather is wonderful.

It's amazing that just the name "Ibiza" conjures up images of hippies from the 1960s, packed beaches, or modern-day clubbers raving away in some of the world's biggest and most expensive nightclubs (the island's largest club, Privelege, can accommodate 15,000 people – my idea of hell), yet, here in its evocative capital was a wonderfully atmospheric slice of medieval history, that many visitors to the island blithely miss out on. A great start to the cruise, and not a nightclub or foam party in sight.