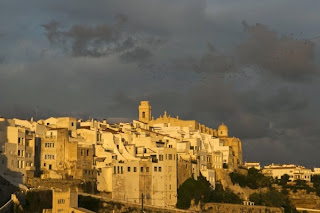 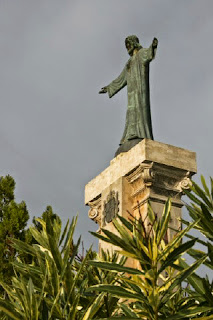 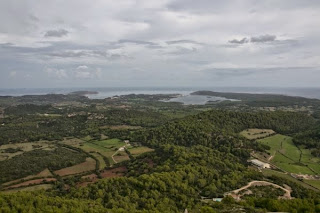 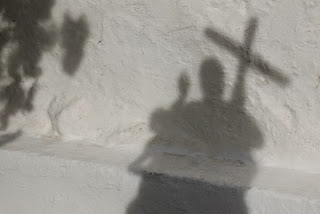 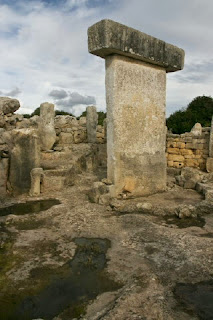 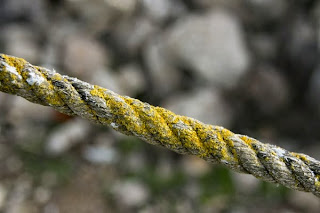 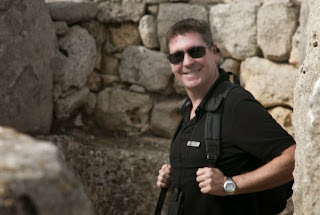 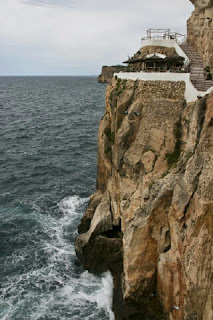 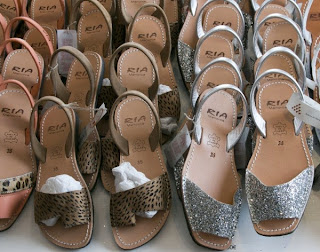 Even in the height of the holiday season, Menorca is so much quieter than its Balearic cousins, Majorca and Ibiza. But, at this time of the year, with almost all its tourist hotels and restaurants one week away from closing for the winter, the whole island was particularly somnolent.

We joined the ship's "Highlights of Menorca" Tour, which took us away from the capital Mahon, to explore the island's fertile interior. The autumn rains had turned the whole island surprisingly green, and its undulating landscapes of oak forests and green fields of cows broken up by lines of neat dry stone walls, looked more like Ireland than perhaps your stereotypical image of the Balearics.

We first drove to the centre of the island, up to the island's highest peak, Monte Toro (more of a hill than a mountain, but never mind), to enjoy the views across the island. At the top of the mountain, we also visited a revered sanctuary dedicated to a much-revered statue of the Virgin Mary that was miraculously discovered in the Middle Ages (the caves and mountains of Europe must have been littered with miraculous statues waiting to be discovered back in medieval times).

We then travelled back down again to explore some of the island's remarkable prehistoric relics, left behind 3,000 years ago by a civilisation that we know next to nothing about. Obviously, it wasn't as overwhelming as Egypt's Pyramids, nor did it have the mystical aura and symmetry of Stonehenge, but these remarkable rocky relics raised more questions than they answered. What possessed the Menorcan Fred Flinstones to carve out enormous limestone blocks, and then pile them up into massive watchtower shapes called Talayots, we'll never know. Nor will we know how they lifted and assembled the tall, flat monoliths into position to form the T-shaped Taulas. The levels of organisation and engineering must have been pretty impressive for a Bronze Age civilisation.

Our final stop took us to the south coast to the resort town of Cala'n Porter, where a series of caves in the sheer cliffs have been converted into the most stunningly located bar and nightclub I've ever been to. With the waves crashing against the cliff below us, and the interior of the cave lit up atmospherically, we enjoyed a drink in what must be one of the coolest places in the Med to go for a sundowner. Judging by the immense size of the speakers set into the walls, I'm not sure I'd like to be here after the sun has gone down when the sound system gets cranked up, but this place is all about location, location, location.

Our time here has confirmed that Menorca is definitely the most refined, most unspoilt and most attractive of the Balearics.