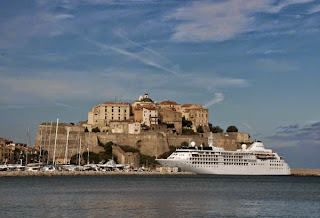 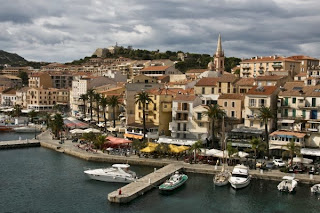 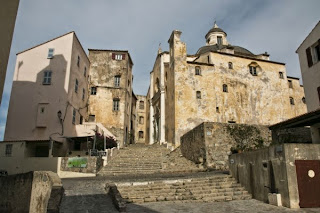 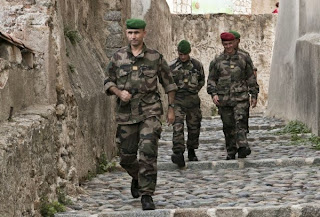 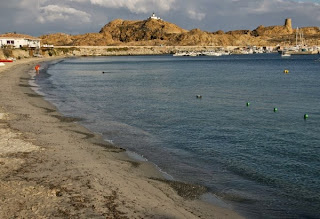 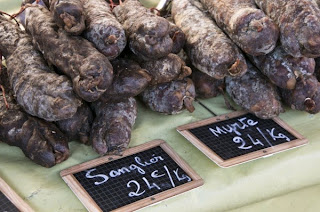 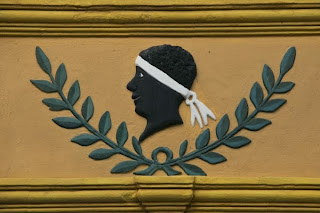 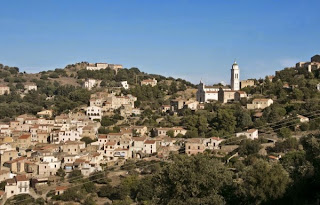 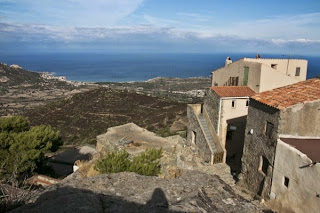 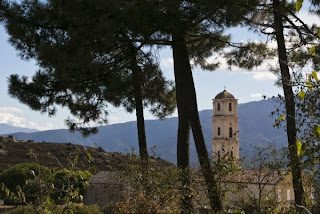 On a tour of the north west of the island, we saw white sandy beaches that could be from the Caribbean, turquoise seas to challenge the Pacific, rugged towering mountains to rival mainland France, and impossibly remote hilltop towns that could only be Corsican.

Corsica's strategic position in the Mediterranean has left it as an almost-constant target for a succession of foreign navies and pirates, and so this has shaped the way that the islanders live. Most of the coastline was too dangerous to live on, so they normally headed for hills, and built their villages at the top of incredibly steep mountainsides in such remote places places that most lazy pirates couldn't get to them. Those that stayed on the coast, had to build enormous defences to keep any attackers out – you only had to look at the enormous walls of Calvi's Citadel to see that this place was built with defence in mind.

We joined a tour that travelled along the coast to the pretty resort town of Île Rousse, which had an absolutely gorgeous beach (and empty at this time of the rear); before we ventured up one of Corsica's long and winding roads up into the mountains, to visit the precipitously situated village of Sant' Antonino. This town clings onto the steep slopes over 1,500 feet above sea level, and its streets are some of the narrowest and steepest I've come across. It made you wonder at how people can possibly live up here, having to carry everything up by hand from the car park at the bottom of the village. This way of life can only re-inforce the famously stubborn and independent-minded attitudes of the locals.

As we travelled around the island, we were treated with one stunning vista after another, before we returned back to the forbidding bastions of Calvi, rising majestically straight out of the sea. Inside the walls of the Citadel it was incredibly quiet, with only a few French Foreign Legionaries roaming around (they have a base here), the odd cat, and a smattering of Silversea visitors, breaking up the silence of the somnolent Old Town.

These were medieval defences built by the Genoese during their 500-year ownership of the island, and you could see why the town was never captured in this time. Instead, it was money-worries that caused the Genoese to leave, as their 18th century financial difficulties led them to see the island to the French for 40 million Francs. Any time spent on this most beautiful island confirms that the French definitely got their money's worth.