October 22nd – Above and Below the Streets of Naples 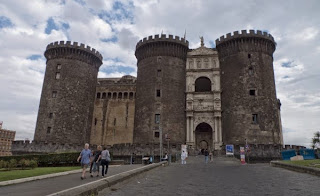 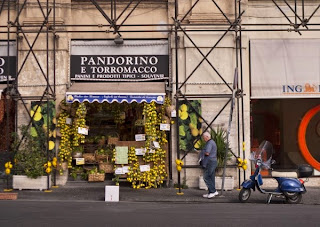 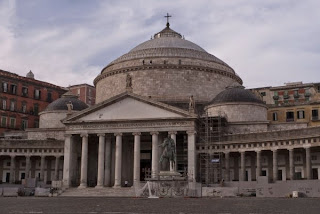 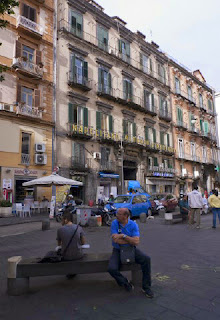 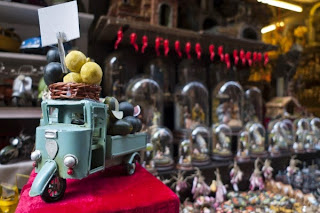 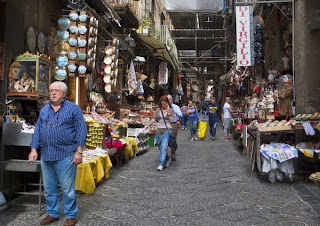 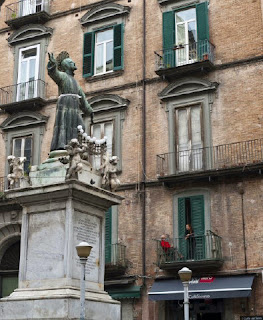 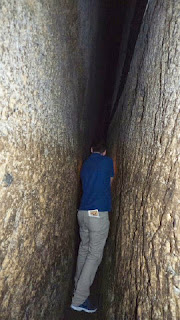 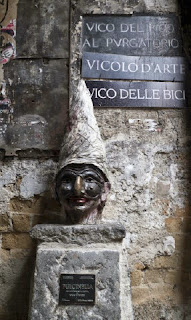 The winds were too strong for the tender operation in Sorrento, so we had to divert to the chaotic city of Naples instead. Although it may not be the most likeable city in Europe, there's a real vibrancy about its frenetic streetlife, and an atmospherically faded grandeur to its crumbling set of historic buildings.

As you approach from the port, it seemed like every historic building was covered in scaffolding, even though there was no restoration work visibly going on – it made me wonder if the mafia had a load of scaffolding on their hands and were charging for the work whether it needed doing or not. At the same time, the buildings that actually seemed like they most needed scaffolding, seemed to be being left to fall down.

As we walked those frenetic streets, lined by formerly splendid 18th and 19th century palazzi and an inordinate number of grand churches, it makes you appreciate that this city must once have been extremely wealthy. Sadly, the current look of the place makes it look like it hasn't had a cent spent on it in the last 50 years; while, the sheer number of people on the streets are a confirmation that this is one of Europe's most densely populated cities.

However, whilst what was on the surface was interesting enough, our mission today was to see what was below those teeming streets. Because, in the Napoli Sotteranea exhibition, you get to see that there's an unbelievably large network of tunnels and cavernous rooms dug into the volcanic tufa, that give you an insight into 2,500 years of Neopolitan history.

From street level, we descended down steep slopes about 10-15 metres below the surface to discover that there's an eerie underground labyrinth of tunnels that were dug out systematically by the Ancient Greeks and Romans. The first reason for hollowing out the rock, was to provide building materials for the new city they were constructing up above, and then the tunnels and cavernous spaces were put to good use as cisterns for drinking water.

As you explore this chilly underworld, it's the immense scale of the thing impresses you most – it must have taken so much work to dig out 2,000 square miles of tunnels, and then to maintain them for the city's water supply. By Victorian times, the tunnels were abandoned, and then the space was used as a huge dump, as unwanted rubbish was thrown down the old wells that linked it to the surface.

It took until the Second World War for Naples to rediscover a more practical purpose for the tunnels, using them as air raid shelters as the city underwent massive bombing by the Allies. But, these days, they've been opened up again for tourists to marvel at an ancient engineering project that shames the urban neglect that's going on above the surface.

We had a really interesting and atmospheric tour below the surface, before we emerged blinking in the daylight to be shown another unexpected trace of Naples's more glorious past. We were shown into an unassuming house, which it turned out was built over the site of Naples's ancient theatre – the residents living there, had no idea that their walls were made out of Roman brickwork, and that the arches of their basement were the original arches of the theatre's backstage. On the street outside, in the shambolic architecture of residential Naples, you could trace remnants of the ancient vaults, of the buttresses that held up the auditorium, and even the curved shape of the theatre itself. An amazing ancient relic that's part of the modern city.

I guess it sums up Naples as a whole – simultaneously grand yet crumbling; exhilarating and a little depressing; ancient and modern living side-by-side. There's no place like Naples.