October 23rd – A Few Traces of Grandeur in Messina 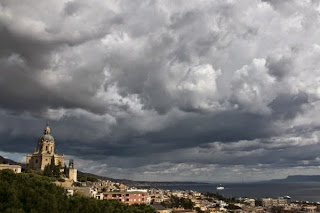 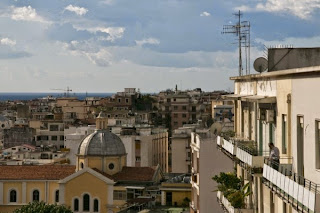 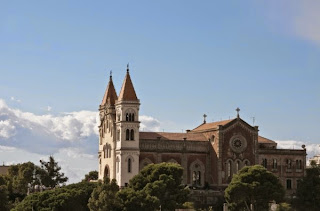 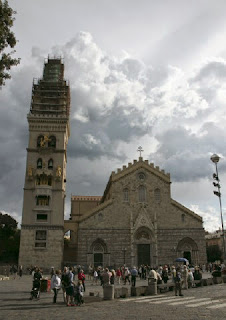 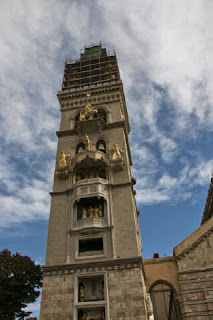 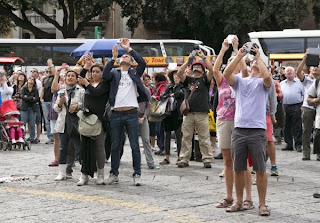 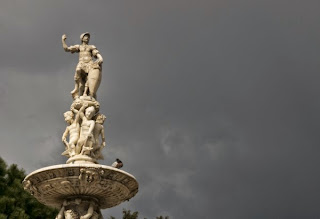 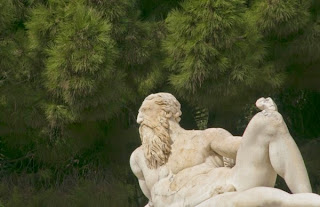 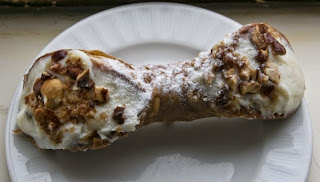 Messina used to be one of the grandest cities in Sicily, but all that came to a crashing end in 1908, when it was hit by a massive earthquake that pretty much flattened the city, and killed over 80,000 of its inhabitants. The grand plans to rebuild the city were scuppered by a lack of cash, and by the bombs of the Second World War which destroyed most of what had been re-built.

So, in a fairly mundane-looking city of mainly modern concrete apartment blocks, there's only a few architectural set pieces that hint at its former glories – mostly churches and a few government buildings. To get a good perspective on this re-built city, we climbed up the hills behind the port to visit a couple of the churches that there were funds to reconstruct.

From the Montealto Sanctuary, we got great views across the Straits of Messina, the 2-mile wide gap between Sicily and mainland Italy. As one of the vital trade routes for shipping crossing the Mediterranean, historic Messina attracted a lot of lucrative trade into its large harbour. But, the Straits that brought the city all that wealth, were also to be its undoing, because underneath them lies the geological fault that has brought it regular disasters over the centuries.

We then went to the next hill to visit the Church of Christ the King. Like much of the city, the church is undergoing restoration at the moment, but we were able to visit one of the old medieval bastions that's part of the complex – the only one left from Messina's medieval city walls. Our tour also took us to the city's old dungeons (hidden in a modern school) – the dungeons had a secret underground passage that connected them to the main town square, so that the condemned criminals wouldn't be attacked and killed on their way down to meet the hangman, thus depriving him of his job.

We stopped for a couple of cannoli (voted the best ever by Tracy, who's become a cannoli aficionado), before watching the comically slow-motion astronomical clock of the Cathedral "thrill" its audience of bemused tourists.

Messina might not have the grandeur or streetlife of Naples, but it's a more manageable place. And, without fail, the people we met were some of the friendliest you can meet – not a Mafioso in sight.