September 13th – Four Seasons in One Day in Falmouth

Up until 20 years ago, the Cornish port of Falmouth used to have a bit of a reputation for being a bit rough around the edges. But, there's been a lot of work in the last few years to improve the appearance of Cornwall's biggest town. The waterfront has been cleaned up, the National Maritime Museum Cornwall has been added, and there's now lots of independent boutiques and restaurants added to the high street. It can't compete on beauty with the archetypal Cornwall towns like St Ives, Polperro or Mousehole, but from the sea, when the sun's shining, Falmouth looks pretty good.

That's the crucial bit – when the sun's shining. When we woke up, the day started depressingly grey, then some black clouds rolled in and it started raining horizontally. At this point, we took shelter in the town's Art Gallery before deciding to give up and head back to the ship. All of a sudden the sun came out, raincoats and jumpers were removed, and it became boiling hot. That's the British weather for you.

So, we made proverbial hay while the sun was shining and headed to the beach. In the blink of an eye, people were swimming and the seas had turned a Caribbean shade of blue – the beach was stunning. So, we continued on the coastal path, and had a good ramble to another beach, coming to the conclusion that when the weather's good, there's few better places on earth than Cornwall.

Sunny Falmouth was a lovely, gentle start to this cruise – let's hope the weather holds for the rest of it! 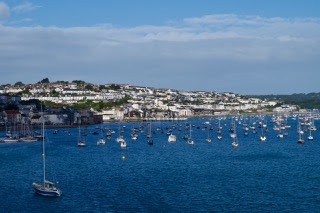 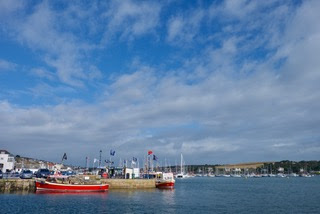 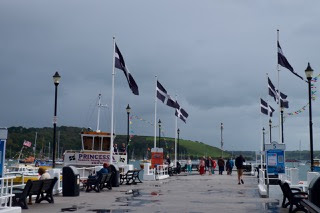 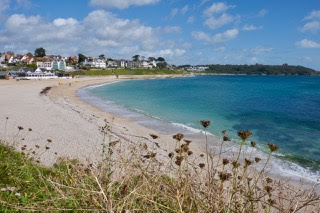 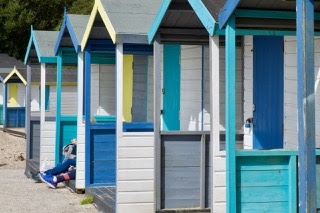