September 23rd – The Other Sydney

If visiting Sydney, Australia by Cruise Ship is one of the great arrivals in the cruise world, then visiting Sydney, Nova Scotia is towards the other end of the scale. But, let's take the similarities first – they were both named after the same person (Viscount Sydney, the Minister for the colonies in the 18th century); they both sit on large, picturesque harbours; and, er….. that's it.

There's nothing wrong with this Sydney (Nova Scotia), apart from some post-industrial decline; but, we have to face the facts that it's just a fairly unremarkable provincial town. Having said that, the town is definitely improving all the time, as its attempts to woo the tourists, and to make the most of the few interesting historic buildings that it can boast. The presence of three cruise ships in this small town today, shows that they're being pretty successful in this.

But, the reason that all these people come here, is really outside the city – the beautiful countryside of Cape Breton Island. So, most people sensibly took tours out to discover the historic fortress at Louisbourg, to discover the links with Alexander Graham Bell at Baddeck, or to explore the island's Gaelic heritage from its immigrants from Scotland and Ireland.

However, having done all these things before, we decided to stay in Sydney and see if there were any new attractions since the last time we were here – there weren't. Nevertheless, we had a pleasant morning enjoying the good weather, walking around town and strolling along the waterside boardwalk (Sydney's most attractive feature).

Nova Scotia's Sydney can't compete with Australia's – but not many cities can. 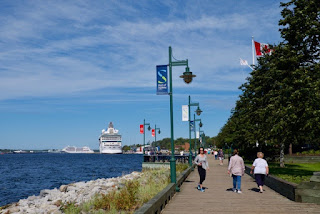 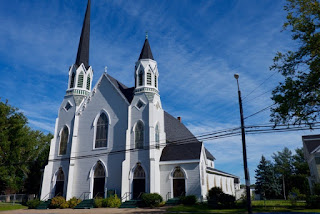 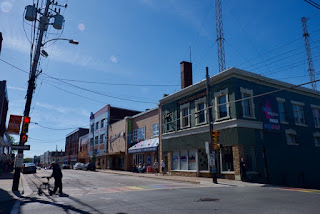 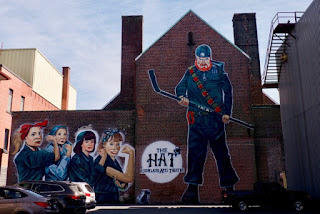 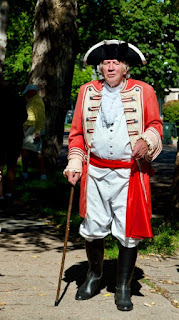 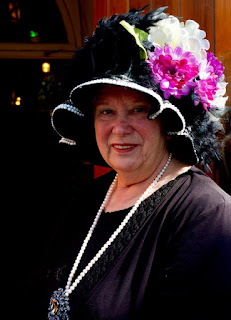 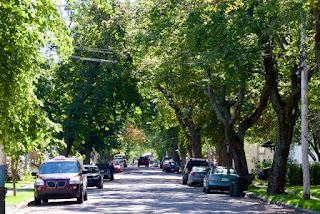 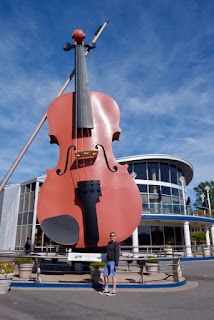