Having sailed for 4 days westwards from the edge of Europe, you don't necessarily expect to come across a little piece of French territory right next to Canada. But, the tiny islands of St Pierre et Miquelon are one of the strangest geographical anomalies that you can visit. This wasn't Quebec – this was France, pure and simple.

Because, arriving here in St Pierre, just south of Newfoundland was launching us back into the European Union – a tiny community of 6,000 French citizens, eating baguettes paid for in Euros, playing petanque and voting in the French elections. This tiny relic of the once-huge French Empire in North America was left behind by a quirk of history in the 18th century, when it was used as a consolation prize for the French having to give up Quebec to the British.

And, being so small, the British and Canadians weren't bothered about getting hold of the islands; while, the French have been happy to pour in millions of Euros in subsidies here to keep this precarious community alive. Everywhere you went there were expensive government offices, schools and museums; so many, that it wasn't hard to believe that the French government employs about 40% of the working population.

In winter, this place is about as bleak as you get – think of landscapes and vistas not too dissimilar from the Falklands, only with more snow. But, on a rare sunny day like today, the town of St Pierre was looking about as beautiful as it could possibly be. The houses were even more colourful than St John's, the seas were calm and blue, and the people seemed jolly. Having said that, the fact that we couldn't find a single pavement café to bask outside in the warm autumnal sun, was perhaps a reflection that the locals don't like to spend more time outside than they have to.

Actually, for a place that's quintessentially French in so many ways – in its people, in their accents (metropolitan, not Quebecois), their cars (plenty of Peugeots and Renaults), their boulangeries – there were quite a few differences from the mainland. Obviously, there's no café culture here; plus, the colourful wooden houses look like they should be in the French Caribbean; while, the streets seemed almost devoid of people (in fact, with pretty much every shop and business closing at 12pm, it was like a ghost town before lunch had even started).

With few tourist attractions (as such) in town, we just strolled the streets soaking up the unique (and slightly odd) atmosphere, before heading up the steep hill behind town to enjoy the views from the belvedere. From this vantage point, the town and its setting was utterly beautiful – it's only when you're close up, that the appeal of living here kind of dulls. It's a similar thing with St Pierre's history – it's a fascinating tale of conflicts and complicated peace treaties, of fishing booms and busts, of mobsters and prohibition. Yet, close up, the reality of the place today isn't quite as interesting as its past.

This has got to be a very hard place to live – it suffers from extremely bleak weather; job opportunities are scarce; it's incredibly remote; and the small town atmosphere must get oppressive on a dark winter's day. But, if you look on the upside – there's no traffic, no pollution, little crime, and a good sense of community. Again a great place to visit for a day (actually, half a day is enough to see most sights), but much longer than that could send you stir crazy.

St Pierre is France, but not as we know it! 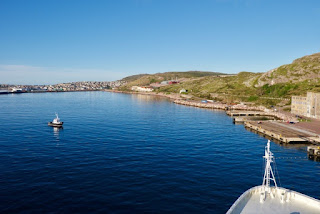 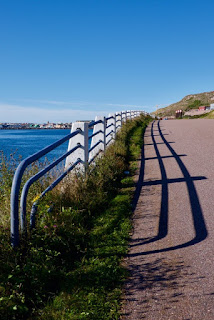 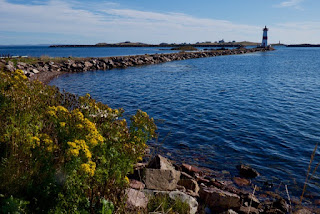 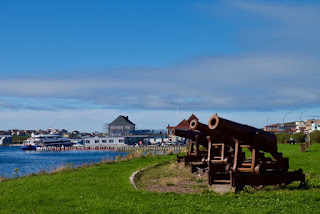 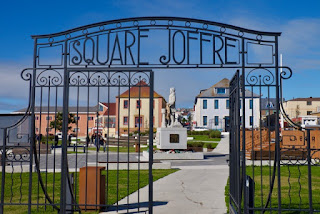 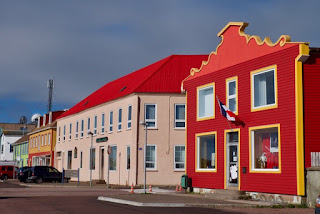 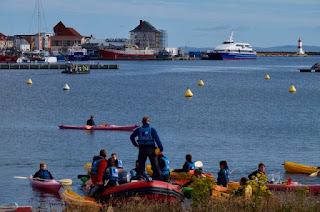 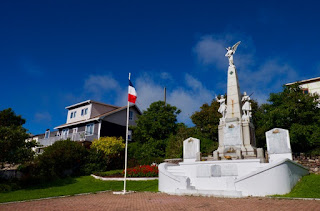 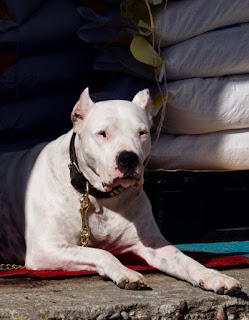 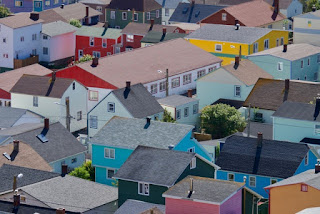 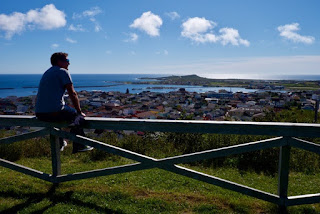