And, what a mosque it is! It's sheer size is daunting, looming over the entire city and dominating the skyline – this is (by some accounts) either the 3rd or 5th largest mosque in the world, and it can boast the tallest minaret in the world. The craftsmanship is exquisite – beautiful carvings, intricate tilework, polished marble and superb chandeliers from Venice. The engineering is impressive – this huge mosque is "floating" on piles over the sea.

But, for me, what makes this mosque so remarkable, is the urban context that it's set in. It sits at the end of Casablanca's ramshackle Medina, a maze of crumbling and chaotic alleyways that makes the mosque's pristine architecture seem even more perfect. If you wanted to encapsulate the hopes of a nation in one building, then this was it. And, if you wanted to sum up the reality of modern Morocco, then the medina does that – slightly down at heal, exotic in places, mostly very friendly, occasionally daunting.

Actually, my day in Casablanca left me feeling optimistic for the country. In past experiences of Morocco, I've been hassled and hustled, but today no-one latched onto us, without fail everyone was friendly and helpful, and the city appeared to be cleaner and more organised than before. This was especially true in the Nouvelle Ville, constructed by the French in the 1920s and 30s outside the Medina. The beautiful Art Nouveau, Art Deco and Neo-Moorish architecture from those French times was mainly looking fairly good even if a lot of the white buildings could do with a paint job.

A modern new tram system has been installed, while the city's main square, Place Mohammed V was being given an extensive makeover and a new opera house being built. Come back in a year or two, and hopefully this place could be looking good. Of course, you only have to go into the backstreets, to see cracked pavements, clapped out cars, and piles of rubbish, but this place is miles ahead of Cairo or Alexandria.

We went for lunch in a trendy cafe in the business district that could have been in Europe – most of the women in there didn't have headscarves on (in a completely unscientific survey by me, I'd say that about 70% of the women in Casablanca that we saw were wearing headscarves).

Casablanca certainly isn't the romantic place of the Humphrey Bogart film; but, from our experience today, it feels like a place where the Muslim world seems at ease  with itself and with the West. Hopefully, the city can continue to progress. 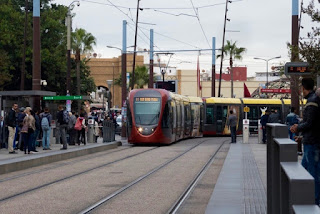 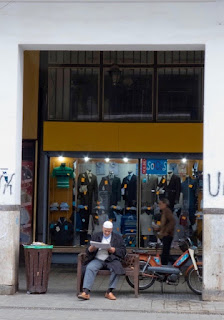 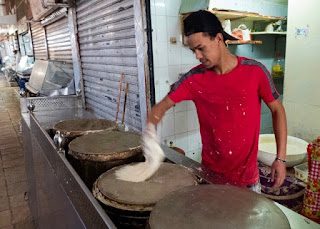 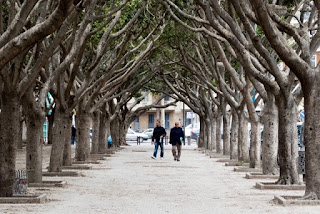 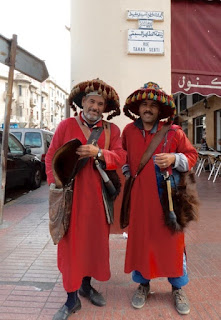 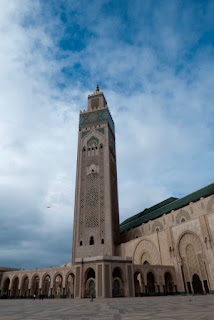 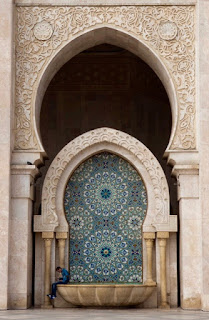 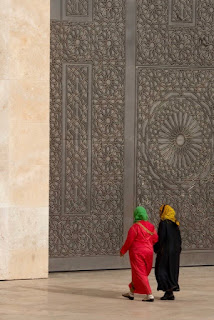 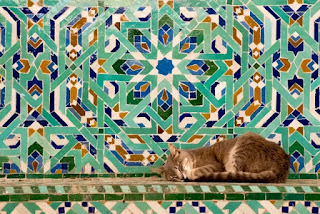