The beautiful island of Grenada has always been my favourite spot in the Caribbean. Its capital St George's is a lively and attractive town, the beaches are fabulous, the lush interior is wonderful, and the people are supremely friendly. And yet........

As we drove around the island today, we got a few hints that there might be trouble in paradise. As you pass through its villages, you see so many people sitting around with nothing to do – unemployment stands at 40%, while youth unemployment is a staggering 60%. Those figures explain the shabby state of so many of the houses you see in the countryside; while the lack of money means that the government can do little to improve or even maintain the infrastructure. The road was so bumpy that my pedometer device on my wrist registered 10,000 steps just from driving around!

We visited an old nutmeg estate, that had basically fallen apart; although the nutmeg processing factory we visited after was a hive of activity, with loads of ladies busily sorting through more nutmegs than you think the world will ever need. Inside the factory was like a scene from Victorian times – all processes were done by hand, and technology appeared to be non-existent. Our guide told us that there used to be three of these processing factories, but this was the only one left after Hurricane Ivan had destroyed 80% of the islands nutmeg trees in 2004.

Mother Nature may have been particularly cruel then, but she's incredibly bounteous most of the time in Grenada. The fact that pretty much anything grows on the island's fertile soils means that even if people don't have jobs, they have plenty to eat.

But, if the nutmeg plant looked primitive, then our visit to an old school rum distillery was positively pre-industrial. The cane-crushing "machinery" was still powered by a water wheel, the sugar vats were heated from burning cane, and the distillery was wood-fired. If it wasn't the most clinical of processes, it was churning out eye-wateringly strong rum, at 70% proof – I could still feel it burning, 15 minutes after I'd tasted it! If they drink this rum all day, no wonder the Grenadians are so happy.

Our guide discussed the American invasion of 1983 – looking back fondly on the years before the invasion, when a communist-style government was putting together social programmes, support for the poor and creating jobs. Maybe it was rose-tinted spectacles, but when you see the continuing poverty all around the island, you wonder if the current democratic government has the ability to turn things round economically. The big hope for the future is tourism – but tourism will inevitably change the unspoilt environment here. It's going to be a difficult balance

Grenada still has so many ingredients of a tropical paradise, but its people need jobs and opportunities, or sadly the waves of emigration from the island will continue. 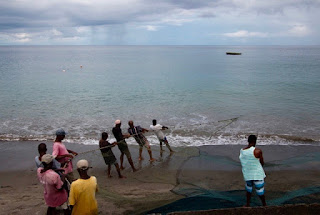 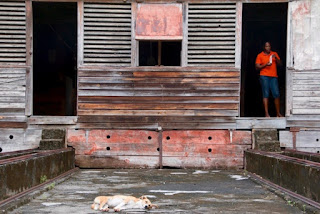 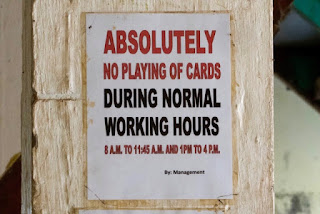 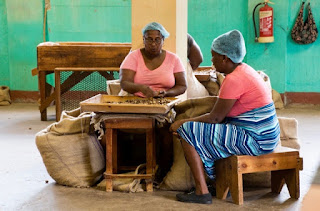 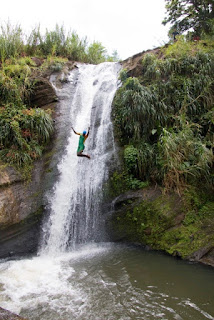