After seven long days at sea across the Atlantic (thankfully incredibly smooth seas), the sight of any dry land whatsoever was going to look pretty good, but when the dry land was the beautiful holiday island of Barbados, it was great to step ashore.

If there's three things that Barbados does well, then it's: 1. Beaches; 2. Rum; and 3. Cricket. So, today we decided to sample a little of each.

We started with cricket. The hallowed turf of the Kensington Oval is only a 15-minute walk from the port, so we strolled around to it, pausing briefly under a tree as we got absolutely drenched by a 3-minute tropical shower. So, we were looking pretty bedraggled when we got to the ground, but even though there weren't any tours scheduled that day, the very friendly lady on reception kindly agreed to give us an impromptu tour.

The ground had been used over the weekend for a concert, so with all the staging in the middle of being broken down, it wasn't quite looking at its best, but it was still an awesome feeling to be walking on the pitch where local boys, Malcolm Marshall and Joel Garner were frightening the life out of the England batsmen, and where Gary Sobers and Gordon Greenwich were taking apart our bowlers. It would be amazing to see a test there – one day.......

From there, we moved onto the Mount Gay Rum Factory to do a tour – part of what claims to be the oldest Rum distillery in the world. From getting a personal tour of the cricket ground, we were now very much on the mainstream tourist circuit, as 30 of us were trailed around their visitor centre, and were treated to tastings of 5 different rums accompanied by various whooping and silly comments from our over-excited fellow tourists. To be fair, the lady taking the tour was very slick, but it we didn't learn much – this was entertainment rather than education, with the emphasis on encouraging us to spend big in the shop at the end.

Nevertheless, having tasted all 5 rums before lunch, we needed to go for a walk to clear our heads. So, we headed down to the gorgeous white sands of Brighton Beach. The beach has the industrial port at one end, and a big plant at the other (I think it was an electricity power plant), but in between was a slice of tropical paradise – powdery white sands, lapped by milky waves and incredibly turquoise seas, and scarcely anyone there to share it with.  Wonderful.

In just one very small area of the island, we'd sampled a lot of what makes modern Barbados tick. Cricket, rum, and beautiful beaches – it's quite some combination. 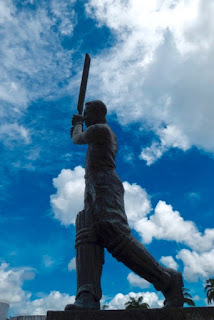 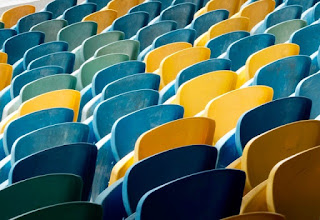 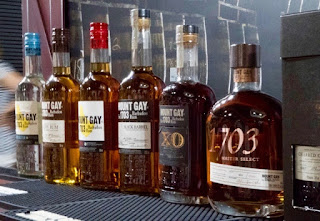 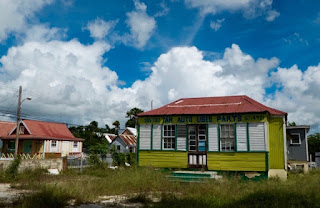 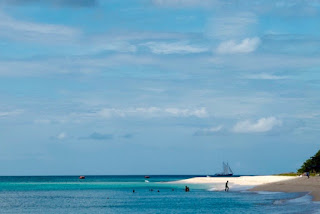