Considering that Surabaya is Indonesia's second largest city, it has a pretty low international profile. In fact, most commentators just write off the city as a smaller, less attractive version of Jakarta, only with less to see and do. Certainly the city shares a few characteristics with Indonesia's capital – chaotic traffic, marked contrasts between rich and poor, decaying Dutch buildings, plus a few new skyscrapers.

To be honest, this is not a city that's jam-packed with must-see things to do, which means that you have to work a little harder to dig out some of its gems, and maybe to find interest in things that would have a low profile in many other cities. But, if you make the effort, then there's enough to keep you busy for a day.

For example, a visit to a cigarette factory would not necessarily be the highlight of most cities, but here in Surabaya, it's surprisingly interesting. Watching the speed of the hands of the ladies on the production line, hand-rolling and packing the cigarettes was simply staggering. It was like someone had pressed the fast-forward button on a video – I honestly don't think that a machine could do it as fast.

Next we went to the stately of colonial building of the De Javasche Bank, which has been turned into a fairly scantily outfitted museum of money – one that ironically needed a bit of money spending on it.

Then we went to the town's main Catholic Cathedral, an impressive red-brick Neo-Gothic edifice that seemed strangely out of place in this Islamic city – a reminder when it was Europeans who were in charge out here in Java.

But, the most impressive reminder of colonial times, was a visit to the palatial Majapahit Hotel, built in 1911 by the Sarkies Brothers, the same people behind, Singapore's Raffles, Penang's E&O, and Rangoon's Strand Hotels. This was on a similar scale of understated opulence, and harked back to the days when Surabaya would have been a trading rival to those great colonial cities.

Actually, the stately hotel sits in the shadow of a growing number of skyscrapers that are shooting up in Surabaya's downtown area – a sign that the city is firmly on the up as Indonesia's economy takes off. Maybe Surabaya will regain the glory days of the 1920s and 30s, when it was bigger and richer than Jakarta?

This city may not be full of highlights, but, if you know where to look, there's some interesting stuff to see. And, as ever in Indonesia, the people were incredibly friendly and simply charming. 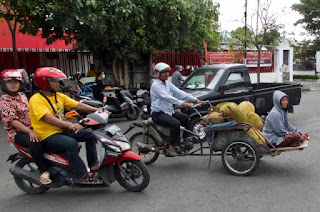 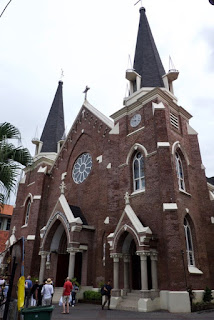 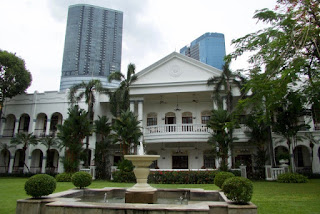 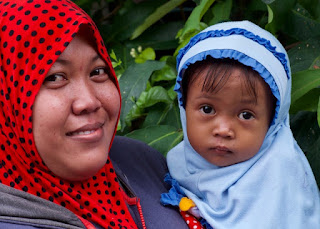 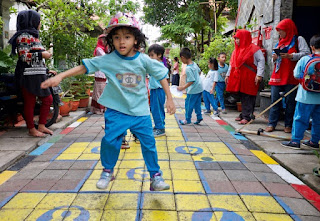 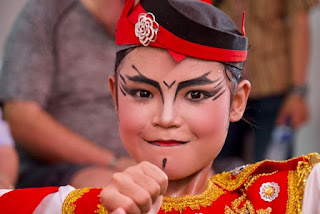