Every time I come to Saigon, you can see big changes happening to the fabric to the city, as it modernises, westernises and commercialises at a frantic pace. But, this time, I got the sense that the city could be approaching a tipping point.

There were so many designer western goods on sale in posh boutiques, so many more western tourists, and so many more cars on the congested streets, that you feel that Saigon could be going the way of places like Bangkok or so many Chinese cities that have let the process of modernisation get out of control.

As an example, even our favourite restaurant, Quan An Ngon (where we were served by a delightfully-named lady called "Phuc Yu" - yes, really!) has gone more mainstream – now serving up Korean, Japanese and Chinese food, as well as the lovely Vietnamese street food which was as good as ever. The point is, that we're coming here for the unique Vietnamese flavours – we don't need any of the international influences, which only serve to dilute what makes this place special.

Having said all that, the city is still a charming, exciting and vibrant place to explore, and you can hardly blame them for wanting to attract more money into the city. Is it wrong to want a place you love not to change too much?

PS. On our first day here, we joined a trip down to the beautiful Mekong Delta, southern Vietnam's rural heartland. Even here, things seemed to be changing fast, as there was much more development along the river banks than I remember from my last trip. Maybe they were taking us to a different part of the Delta, which was less agricultural than my previous visits, or maybe this was another sign of "progress". Nevertheless, we had some fascinating glimpses into daily life in the Mekong, where all action is focused on the river that's the lifeblood of this incredibly fertile region. 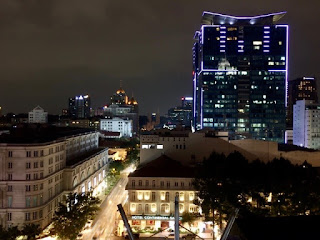 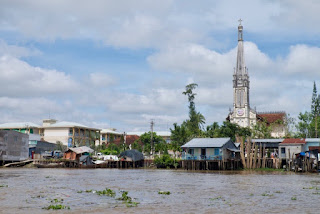 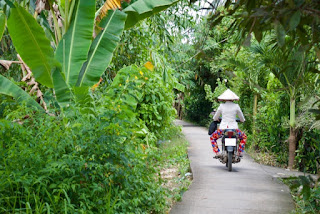 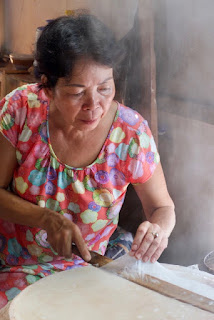 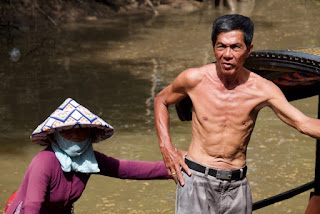