When we think of cities that suffered during World War Two, Darwin tends not to get mentioned in the same breath as London, Dresden, St Petersburg or Pearl Harbor. But, today's tour brought us firmly in touch with the terrible hammering that this remote Australian city at the top of the Northern Territory suffered in February 1942.

Because, Darwin has the distinction of being the only major city in Australia to be bombed (other smaller settlements in the north suffered too), when it was unexpectedly attacked by the same Japanese naval group that hit Pearl Harbor. In fact, more bombs were dropped on Darwin in that first attack, than were dropped on Pearl Harbor (although PH suffered more from torpedo attacks too).

The worst thing about the attacks were that the Australians were so unprepared for them. An early warning was ignored, their anti-aircraft guns took an age to get firing, and their few fighter planes didn't get off the ground. 8 ships were sunk in the harbour and 293 people were killed in that devastating first attack – while, only four Japanese planes were shot down, out of an attack force of 173 planes.

The psychological impact was just as bad. Australia had always felt removed from the Worldwide conflicts, but now it had hit home. While, the possibility of an invasion from the hitherto unstoppable Japanese army seemed imminent (although, it appears that the Japanese army didn't want to invade, just to knock out the Australian base at Darwin from hampering their invasion of Java).

This meant that while the attack on Darwin wasn't totally hushed up, but it was certainly played down. In fact, this became an almost forgotten about episode in the context of the war. So, today was all about remembering and recognising what Darwin went through in that devastating first attack, and in the 40 or so air raids that followed. We went to the excellent Defence of Darwin exhibition, which gave us the background to the conflict, but really focused on the impact of that first attack – physically, psychologically, politically and militarily. With a large display of military equipment left over from the war, and its massive anti-aircraft guns outside, it made me think about the huge cost of the war just in money terms, never mind the human cost.

Next we went to the Australian Aviation Heritage Centre, which had a massive B52 bomber as its centerpiece. The sheer size of this aircraft was astounding. Basically, this phenomenally large bomber took up the entire hangar, with smaller planes fitted underneath its huge wingspan, looking like toy planes in comparison. I'm not a plane spotter, but it was an impressive collection of planes.

When you see modern Darwin today, it seems odd that this laid-back city was the scene of such devastation. That the war could come to such a remote and out of the way place was a sign of how widespread and comprehensive the conflict was. 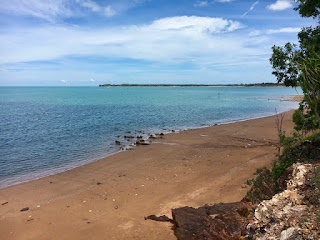 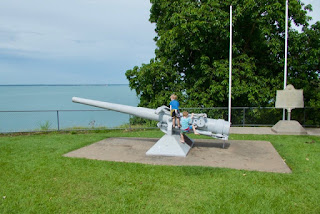 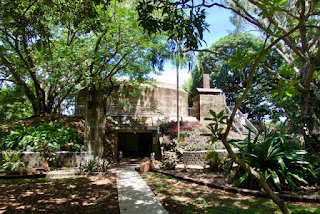 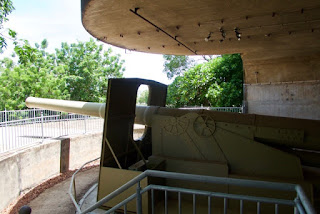