After 7 (remarkably smooth) days at sea across the Pacific, we finally saw dry land, in the shape of the rugged volcanic island of Nuku Hiva in the Marquesas. This place is all about its vistas and spectacular scenery, rather than for its man-made sights, but most of us were just glad to be setting foot on dry land, whatever it looked like.It's fairly obvious that not much changes on Nuku Hiva – this is one of the most remote island groups in the world, and home to less than 3,000 people – and for me, that's one of the attractions of a place where life moves at an agreeably slow pace, where everyone knows everyone else, and where the modern world doesn't get much of a look in. That means that tourists aren't exactly spoilt for choice here - visitors either do a 4x4 ride up into the rugged mountains, or they just do a leisurely walk around the capital, Taiohae's pleasant waterfront.But, having said that, Nuku Hiva has added one attraction since we were last here – on a small hill overlooking Taiohae Bay, a huge 12-metre tall Tiki statue has been built to welcome visitors to the island. Actually, the site, called Tuhiva, has an interesting history that encapsulates some of Nuku Hiva's story. Originally it was a meeting place for the local tribes; then, as western whalers began to call in to the island in the 19th century, the Americans built a small fort here in 1812 (called "Fort Madison") as they unsuccessfully tried to claim a Pacific Empire. Next, when the French took over in the 1840s, it became "Fort Colet", before the site was abandoned at the end of the century. Now Tuhiva has a new focus which, even if it's not the most subtle statue, is a joyful celebration of the isand's local culture.As a reminder that the local culture has had to withstand outside influences for a couple of centuries, down at the dockside we saw a couple of smartly dressed Mormon missionaries ready to go out and spread the word to the island's 2,800 inhabitants. The first Christian missionaries, who arrived in the 19th century, attempted to ban tattoos, traditional dress, and the local dancing. Thankfully, they weren't successful in this, and all three things are making a real comeback these days, which gives this remote place a really exotic flavour. Whether the Book of Mormon will affect things, remains to be seen.To prove the enduring strength of the local traditions, back on board, we were treated to a fantastic local show of drumming, singing and dancing that really brought to life the atmosphere of Polynesia – in parts aggressive, in parts sensual, there was a delightfully primitive air to the dancing which captured the unique spirit of Nuku Hiva.Nuku Hiva is a gentle start to the World Cruise; but, we don't do journeys like this just to visit big cities, to see huge skyscrapers or massive monuments. We come to visit hard-to-reach places that show us life away from modernity, where traditional culture still gets a look in, and where the natural setting is more important than the touch of mankind. 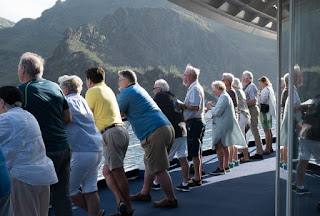 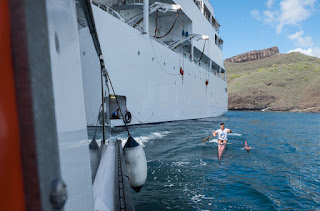 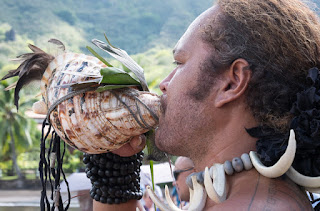 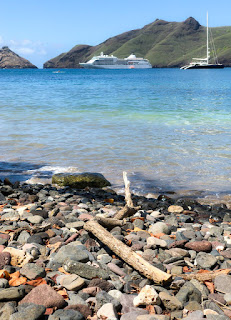 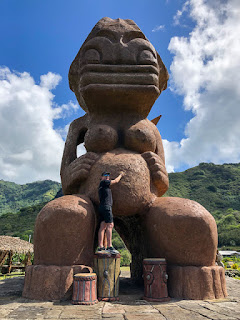 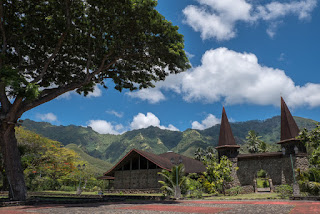 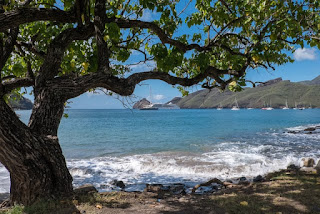 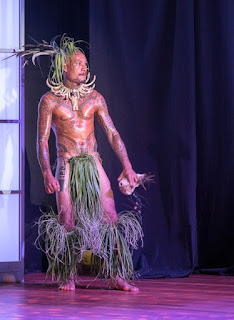 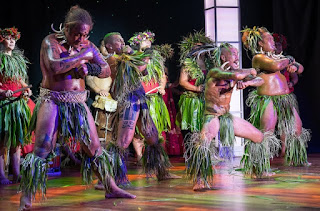