Today I got to experience pretty much all the elements that have turned the exotic island of Bora Bora into one of the most sought-after destinations on the planet for the world's rich and famous.On land, if you want amazing landscapes and mountains, then the striking tropical scenery of Bora Bora is difficult to beat. In the water, the combination of colours, sealife and watersports makes it almost impossible what to choose what to do. While, the tourist industry here is so perfectly set up to indulge the slightest whim of its visitors (as long as they can afford the steep prices), that the levels of luxury and sophistication are off the scale.We started in the water. Taking a boat across the lagoon and going outside the reef (a first for me) for a chance to snorkel with the sharks. Once I was in the water, I could scarcely believe what I was seeing – at least 50 black-tipped sharks circling around at surface level, and 3 or 4 large lemon sharks skulking around at the bottom, about 10 metres down. There were more sharks down there than a convention of lawyers!In amongst the dense clouds of black trigger fish, it was the proximity of all these sharks that really got the adrenalin going – going face-to-face with the black-tipped sharks literally a metre or two away. Every now and again, our guide would try to lure up a lemon shark up from the depths with a little bit of diced fish. The first time, I was caught unawares, and turned around to see a dead-eyed lemon shark right next to me – I hadn't realised how big they were (about 3 metres long) until I was able to count the teeth of his fixed grin just a couple of metres away from me. I've never kicked so hard to get away from an underwater situation!Next, we went back into a shallow section of the lagoon to get up close to some stingrays – I've done this before, so I did my best to seem nonchalant as they rubbed their silky bodies against my legs as they glided past me. Here, the sharks were "only" about a metre long, so no need to panic.Our final water stop was out on the coral garden next to the reef. The coral was in pretty good shape (lots of blues and purples), and the fishlife was plentiful. As the shoals of colourful fish swayed gracefully in the currents, there was a peaceful serenity to this underwater world that you just can't get on land.By now, we had worked up an appetite, so we headed to that Bora Bora institution – Bloody Mary's. For a 5-star island, it had a refreshingly informal atmosphere, and the prices weren't quite as steep as I had expected.Wisely, I didn't partake in the restaurant's trademark cocktail, but my fellow travellers who did, may have been regretting that decision once our "4x4 Off-road Adventure" began. As we bounced up the incredibly rutted paths (if you can even call them paths), we were thrown around the back of our jeep like we were in a tumble drier, hanging on to the sides as if our lives depended on it (they probably did).The point of this test of endurance was to see the huge American guns left over from the Second World War. This is the second time I've gone through this to get there, and while they are impressive, and the views are good – I think that's enough. Certainly, once we made it back down to the coast road, the road felt as smooth as velvet – I almost felt like doing a Pope John Paul II and kissing the tarmac.Our drive back saw us pass through various little villages where the local people live very simple lives, past a couple of swanky resorts where bungalows cost well over $1,000 a night (and a couple that have been left derelict for the last decade), and we called in at the beautiful Matira beach – a public beach that's about the only thing that's free on this most expensive of islands.So, we really did see the best of Bora Bora on sea and land – when you see sights like we did today, you can understand just why people pay such a premium to stay here. 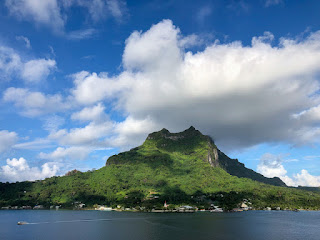 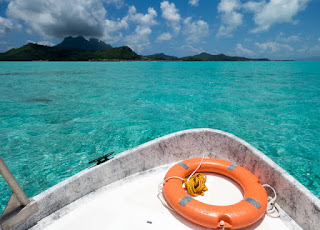 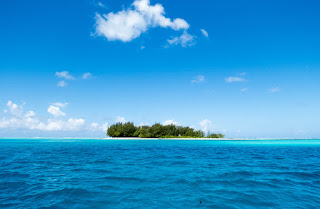 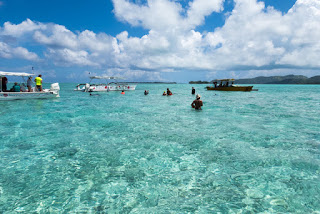 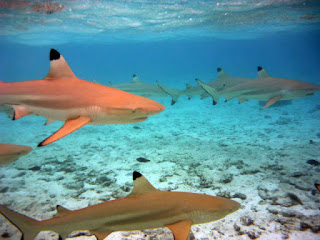 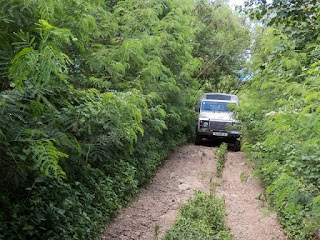 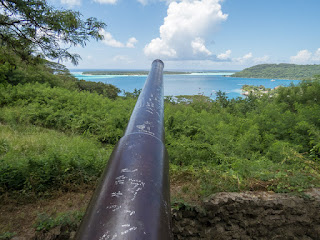