Coming to Tahiti straight after Moorea is a bit unfair on Tahiti. Instead of the idyllic island paradise you left behind a few miles away in Moorea, you're greeted by the traffic and concrete buildings of Papeete. But, scratch below the surface and there are plenty of gems to uncover on an island of lush mountains and attractive beaches (OK – most of them are black sand, so can't really compare to Moorea).
Of course, our efforts to find the positives on Tahiti were helped by Silversea putting on an amazing World Cruise Event that turned into a sensory overload of singing and dancing, eating and drinking. The location itself was certainly pretty spectacular – in the lush gardens of the museum, overlooking the sea, to a background theme tune of crashing waves, and the jagged outline of Moorea providing the perfect backdrop.
Here, we were treated to one excellent performance after another – lilting choirs, vigorous warriors, graceful hula, sensuous hip-swaying. If Papeete made you concerned that Tahiti was getting swamped by Western culture, then these superb performances made you realise that Tahitian culture and traditions are most certainly alive and well.Just watching these highly energetic performances in the extreme heat and humidity made you feel tired (how the dancers kept up the levels of intensity I'll never know), but fortunately we were able to keep hydrated with essential champagne and beer-based energy drinks. To put on a show like this on a remote island must have been a major logistical exercise, but Tahiti is about the only island in the South Pacific that could do it.Tahiti may not be the paradise that inspired the Bounty Mutineers or Gaugin any longer, but days like today proved that it's still a pretty special place. 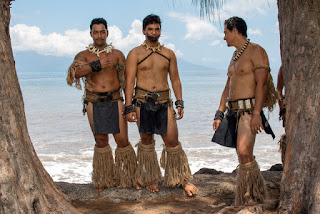 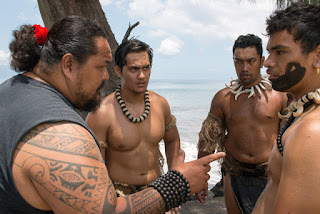 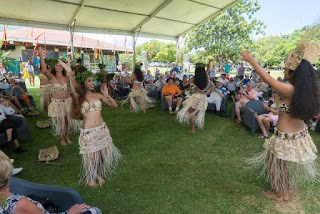 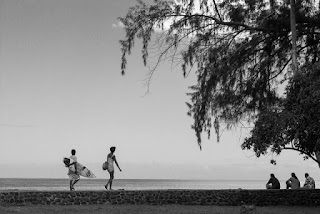 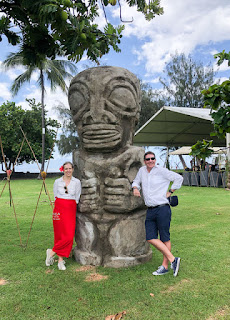 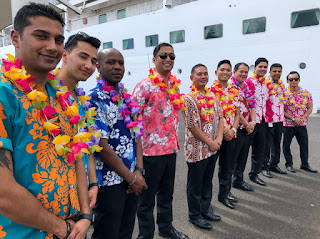