It was a little bit like a plot line from a B-Movie, or a rejected screenplay from "Lost". A bunch of pampered cruise passengers get stranded on a beautiful, but deserted mysterious island. As they explore the dense jungle-like vegetation, they hear strange noises in the undergrowth, and notice the tracks of animals the like of which they've never seen before.Someone spots some droppings which consist of the ground up bones of other animals; and it's so hot and inhospitable that the group gets strung out as the stragglers struggle to keep up. Slowly it becomes apparent that this island is home to a diabolical man-eating creature that likes to ambush its prey, slice them open with its razor sharp claws, and eat them alive.Yes, this is your standard shore excursion on Komodo Island – home to the most evil monsters on the planet.There's always a thrill to visiting Komodo, a quickening of the pulse as you enter the Dragon's Lair, a sense that you don't know quite what's going to happen around these dangerous beasts. Of course, you are protected – you have a couple of rangers with you who are used to being around dragons, but they are only armed with long sticks to fend off these natural born killers.Our first sighting was right by a restaurant, where a huge dragon looked like he had passed out (presumably having eaten a couple of children). But, as we got closer, he sprung into life and his horrible yellow forked tongue started flicking the air as he got to taste the smell of new meat approaching him. When he started to advance towards us (we were about 4 metres away), you could sense the alarm growing amongst our group, as a primal fear kicked in – I was firmly in the flight, rather than fight category.This was just the starter, we now started our trek around the trails that lead you around this section of the island. It was phenomenally hot, and it wasn't long before a few of our group found it hard going. Hearing odd noises coming out of the trees was a good incentive to stay together, but the group was getting separated from each other, which left me at the back in charge of keeping us safe – and I didn't even have one of those forked sticks!Our first encounter with a dragon on the trail was someone stepping in some fresh dragon poo – even its droppings are diabolical, they smell worse than death. Then someone saw a baby dragon scuttle past us across the path and into the undergrowth. Even the babies are scared of the full grown adults who like nothing better than to eat their young – they have to spend their adolescence hiding up trees to get away from their parents who are desperate to turn baby into dinner. And I thought that I came from a dysfunctional family…After a lot of sweating and a gradual build-up of anticipation, we finally got to the water hole, where there were about 7 dragons waiting for us. Just as we arrived, I saw all the guides spring into life to fend away a dangerous dragon who was advancing quickly towards a passenger with a walker – these evil dragons are clever enough to know who to pick on for their next meal.Even though there's lots of people sharing the views with you, there's still something unnerving about being so close to these creatures. There were 5 lying in front of us, but 2 hiding right behind us in the bushes – you always had your back to at least one of them.But, you even if you'd wanted to, you just can't take your eyes off them – armour-plated monsters left behind from the Jurassic Age – born to kill, and afraid of nothing. It was exhilarating and fascinating, slightly scary but unmissable.This is why we cruise – it's incredibly difficult to get here by any other means. I love history and culture, but sometimes the natural world is unbeatable. 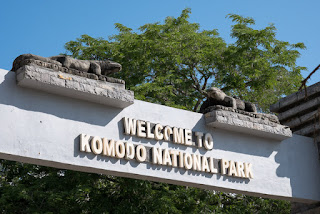 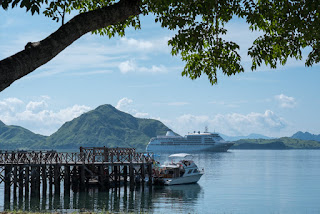 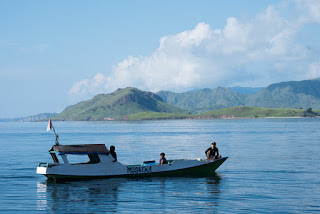 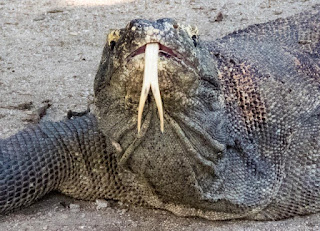 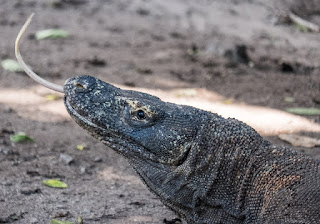 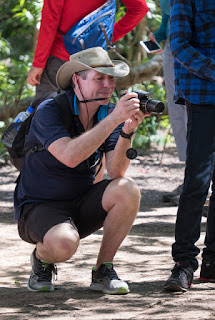 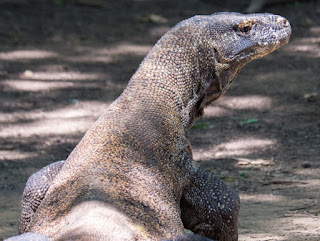 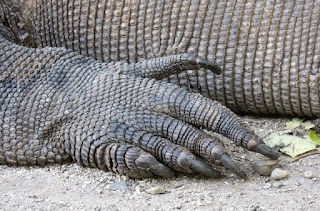