What's the best way to spend a showery day in Brisbane? Maybe do a brewery tour, taste lots of beer, and then go to a winery and plough your way through a few glasses. Grey skies are nothing when you're looking at golden beer, white wines and red vintages.

I joined a tour that was visiting the famous Castlemaine XXXX Brewery – a beer that I drank a fair amount of in my youth when the advertising slogan told us that "Australians Couldn't Give a Castlemaine XXXX for any other lager". It turns out that XXXX is still Australia's most popular beer, and our tour round Brisbane's huge brewery gave me a new appreciation for the gold stuff.

Of course, drinkers from other parts of Australia dismiss XXXX as a drink for people who can't spell the word "beer", but the tour revealed that a lot of science and innovation have gone into producing it. We were taken through the various production processes of the brewery that can churn out the 6,000 kegs a day and hundreds of thousands of bottles that keep the thirsty Aussie public well-oiled.

By 11 o'clock, watching all those bottles clank past us on the production line meant that we had now developed a raging thirst, so it was time to do a tasting to see what all the fuss was about. To be honest, the beers aimed at the youth market (summer lager, lime lager, and most disconcertingly mango lager) were all a bit weak and watery for me, but the 150 lashes Pale Ale was particularly good (maybe because it was the last the 6 beers I tasted, so my taste buds had been fully warmed up).

So, with a full beer buzz kicking in before the stroke of midday, it was time to drive off to a winery to see what the Queensland vineyards could offer. To be honest, I'd doubted that a warm tropical climate like Queensland could produce much in the way of anything decent; and even though all the wines were perfectly palatable, none of them stood out apart from one, the "Assemblage" which was costing $140 a bottle. Maybe flying around in seaplanes just to go to lunch has given me expensive tastes. When I'm back in the real world, I think I'll stick to a couple of pints of bog standard XXXX. 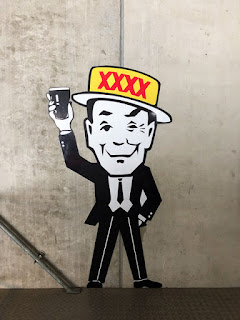 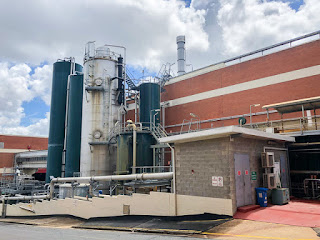 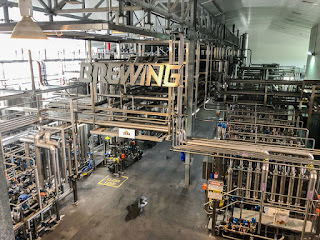 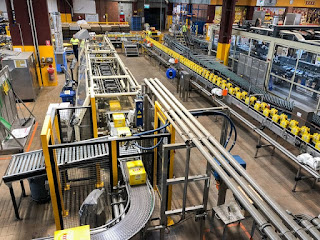 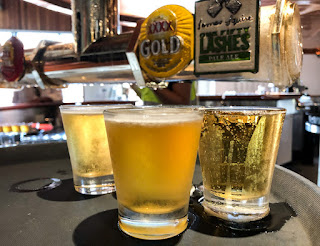