For some parts of the past 16 months it’s felt that we’ve been living on the edge of an Apocalypse, so perhaps it’s appropriate that today we were visiting the so-called “Island of the Apocalypse” in Patmos. Fortunately, the Apocalypse they’re referring to didn’t involve any zombies or mutants, rather the Revelations that were given to St John when he visited the island in the years after the death of Christ.

So, we decided to follow the pilgrim’s path and trek our way up from the port to the imposing castle-like Monastery of St John sitting at the top of the very steep hill overlooking the island. As we huffed and puffed our way up the rough paths that climbed the hills, again we were thankful for the strong winds that were blowing to keep it a little bit cooler.

Halfway up, we passed the Chapel of the Apocalypse, a small white chapel that encloses the actual cave where St John was sleeping when the voice of God gave his lurid account of the end of days. The chapel wasn’t open (it was Sunday after all!), so we carried on up to Chora (Patmos Town), the island’s original capital. Staggering up that vertiginous hill had you questioning why anyone would choose to live up there, rather than on the rather lovely coast below; but the answer was that back in the 11th century (when the Monastery was founded), the island was frequently attacked by pirates, in search of the treasures that the Monastery was home to.

Patmos Town is an extremely picturesque tangle of whitewashed streets – a labyrinth that’s as difficult for leg-weary tourists to find their way around as it probably was for medieval Turkish pirates, but we managed to get where we wanted to (eventually!). I was quite surprised to see that there were actually three ships in port today, so we decided to miss out on the Monastery of St John where all the tour groups go to, and instead went to a different atmospheric monastery, the Monastery of the Holy Perpetual Spring. The very friendly nun there explained to us that there wasn’t actually any spring in this 400-year-old Monastery, but they had the important job of protecting the island through prayer – a job that she thought they were doing pretty well.

Fortified by her blessing, we made our way back down the hill to experience the completely different atmosphere of Skala. Unlike sleepy Patmos Town (where the cats on the street must have outnumbered people by three to one); here, the streets were lively with tourists visiting its trendy cafes and boutiques.

We joined in the café culture and spent some time appreciating the contrasts of this lovely island – between the conservative hill town and the pleasure-focused port town, both essential elements of a beguiling little island. This is a version of the Apocalypse that I like. 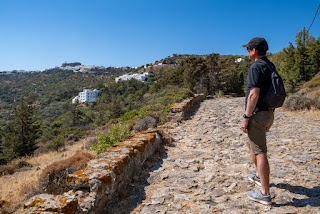 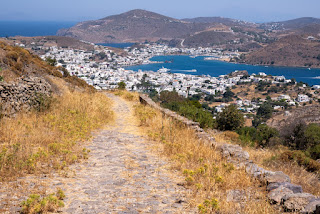 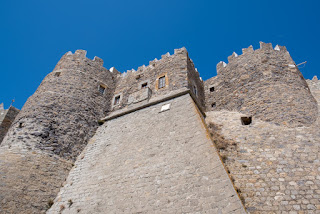 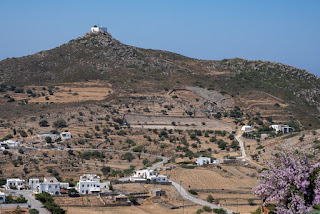 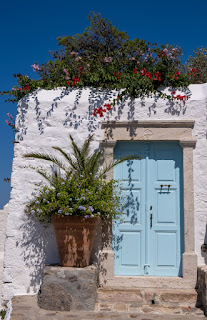 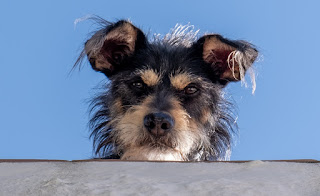 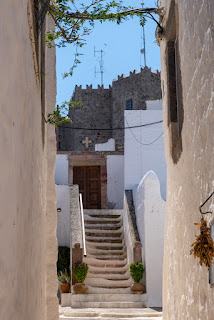 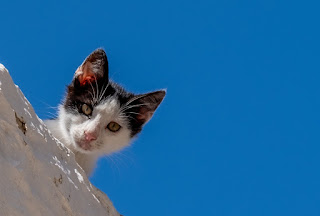 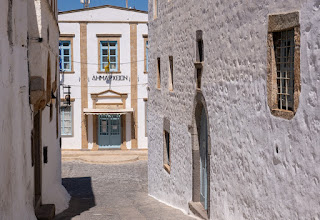 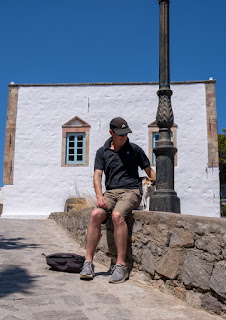 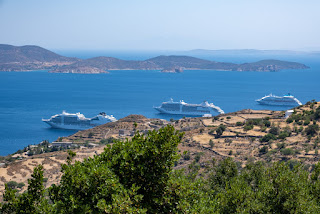