No, not that Poseidon Adventure (not a good idea to re-create any of that on a cruise ship)! This adventure was to see the Temple of Poseidon at Cape Sounion, about an hour and a half along the coast from Athens.

We first went to central Athens to visit the Ancient Agora, the cultural and commercial heart of Athens in the city’s glory years 2,500 years ago. The site’s a bit of a jumble of columns and marble blocks, but the re-built Stoa (largely paid for by John D Rockefeller) and the almost-intact Hephaiston Temple provided reminders of how magnificent what was then the centre of western civilisation would have looked.

From there, we drove along the coast out to Sounion, home to the Temple of Poseidon (supposedly designed by the same ancient architect as the Hephaiston). Along the way, we passed alongside numerous attractive beach resorts that were a reminder that the Athens urban scene isn’t just about concrete sprawl (although there is plenty of that).

Finally we reached Cape Sounion at the top of a spectacular 60-metre high cliffs overlooking the Aegean, which on a windswept day had a bit of an end of the world feel. This was the point where legend has it that Theseus returned from slaying the Minotaur and forgot to change his sails from black to white, so mistakenly signalling to his Father (Aegeus) that he was dead. A heartbroken Aegeus threw himself off the cliff and got the consolation prize of having the sea named after him.

This is a supremely picturesque place – the 15 remaining white marble Doric columns of the temple contrasting with the light blue of the sky and the deep blue of the Aegean. Plenty of visitors like Lord Byron had carved their names into those columns, so those 19th century vandals meant that we couldn’t get too close to the temple; however, this is a sight to be taken in from a distance, to appreciate the simplicity of the classical architecture, and the magnificence of its setting.

If you’ve seen all of Athens’s main sites, or you’re not a fan of congested cities, it might be worth having a Poseidon Adventure down to Cape Sounion.

PS. Today saw the Silver Moon christened - I must say that this is a totally beautiful ship. We’ve added a photo of the fireworks that celebrated the addition of Silversea’s latest ship. 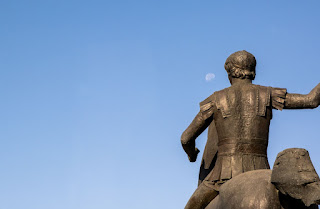 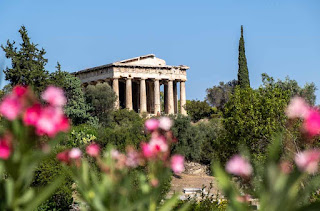 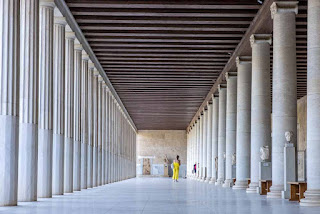 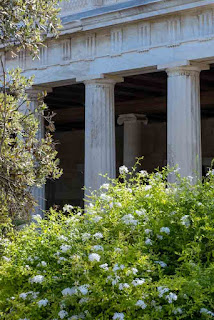 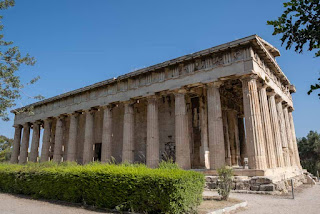 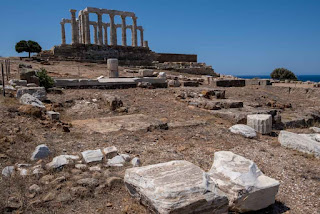 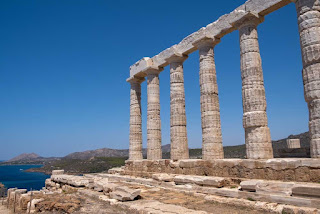 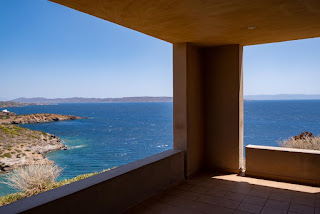 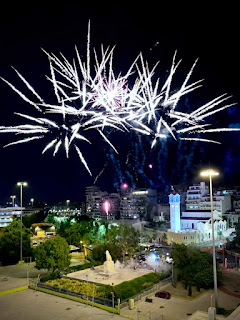