July 18th – The Artistic Side of Athens

One of the things that amazes me about Athens is that it may have been the centre of the civilised world 2,500 years ago, yet 200 years ago when the modern Greek state was founded, it was little more than a village of 5,000 people. This means that apart from its classical archaeological splendours, the modern city has surprisingly little architecture from much more than 150 years ago.

When I come here, I often make a bee-line for the superb National Archaeological Museum (which in my opinion is one of the best museums in the world), but today I went to a welcome re-appearance of another of the city’s cultural highlights.

Because, the Greek National Gallery has been closed for almost 10 years while it’s undergone a 59 million Euro refurb (with the usual budget over-runs you’d expect of this kind of project). However, the Gallery finally re-opened in March this year to much fanfare; so today’s mission was to find out if they had got value for money in these cash-strapped times.

Overall, I’d say yes. The gallery was well-presented, and even if I hadn’t encountered these Greek artists before, the art was of a very high quality. Of course, seeing as Greece had languished under the restrictive rule of the Ottoman Turks for 400 years – a period when Greek culture was suppressed - the only Greek artistic expression allowed was generally religious iconography.

So, the art on display was all post-1821 (Greek independence), and the thing that struck me was how little influence there appeared to be from those rigid Byzantine religious traditions. It was like the Greek artists were trying to reclaim their western heritage as quickly as possible, as the influence of western Europe (and Paris in particular) pervaded. There was some excellent stuff on display, and the only 19th or 20th century western genre that didn’t seem to have taken hold was Impressionism – the museum explained that the Greek light was simply too strong/harsh for the gentle illumination preferred by the Impressionists.

Having thoroughly enjoyed this new addition to Athens’s cultural scene, we wandered back into town through the National Gardens (one of the few pieces of greenery in this claustrophobic city). We stopped off to admire the guards in their traditional costumes at Syntagma Square, where the soldiers who normally tell you off for getting too close to the guards were surprisingly friendly and chatty.

We then headed to Plaka where we had lunch in the shadow of the Acropolis – when you have a view of the Parthenon overlooking you, all food tastes good!

My other observation about Athens in general was that the city seems to have more homeless and struggling people on the streets since we were last here 4 years ago. Not surprising considering that the pandemic has hit hard a country that’s so reliant on tourism. Of course, this fuels another side of Athens’s artistic offering – the pervading graffiti that cloaks so many buildings and pretty much every square inch of the metro trains.

Athens’ art is very much a reflection of its history – ancient wonders, 19th century artistic flourishings, and 21st century street art. The city isn’t always a thing of beauty, but if you know where to look, you’ll uncover some gems. 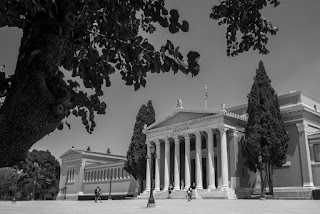 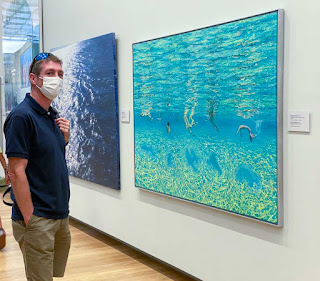 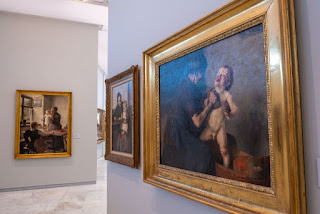 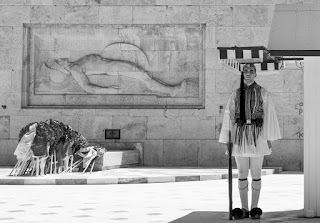 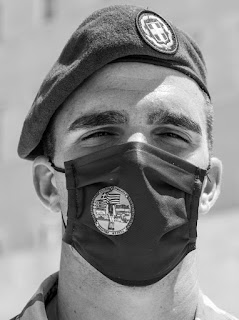 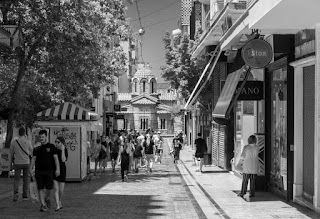 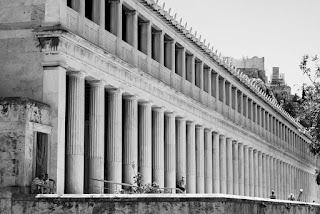 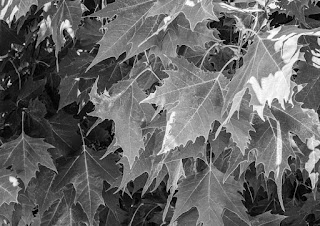