April 6th – Bangkok, The Day After 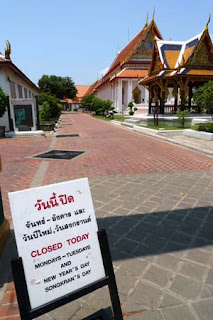 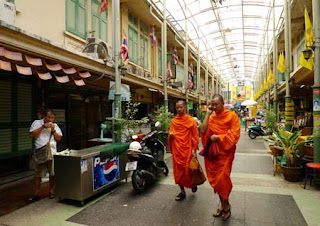 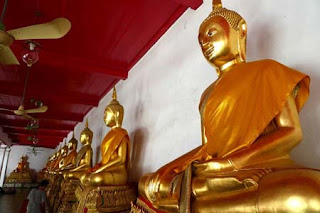 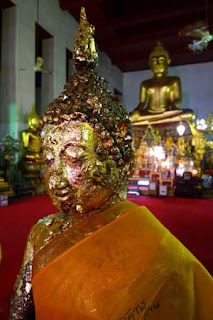 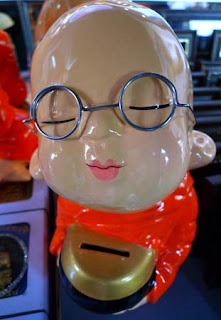 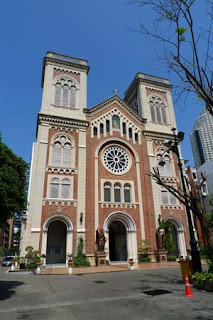 It was nice to wake up and see that Bangkok hadn't been burned to the ground in the protests, so we ventured into the heat for some sightseeing that didn't involve anyone in red shirts. We got a taxi to the National Museum, only to annoyingly find that it shuts on Tuesdays. In Bangkok, there are normally conmen who try to convince you that the tourist sight you're heading to is shut, but for some reason, there were people there trying to convince us that the Museum was open. Very odd.

Anyway, we got over our disappointment by going to Wat Matahat – as this is the centre of Buddhist learning in South East Asia, there were lots of stalls outside selling Buddhist paraphernalia, and oddly, a few stalls where they'll fit your new dentures in the street. The complex was surrounded by 156 large golden statues of the seated Buddha, and lying asleep in front of them, there were loads of red shirts taking a rest from a hard days work overthrowing the government.

From here, we decided to miss out on a bit of the traffic by taking a water bus down the wide Chao Phraya River. It would have been a good sightseeing opportunity, as we motored past the Grand Palace and various riverside temples, if only the river bus hadn't been so ridiculously overcrowded that all you could see was the person crammed into your body space.

Before we got our cab back to the ship, we popped down a little alley, and were surprised to see a Romanesque Catholic Cathedral sitting there. It was built by the French when they had Colonial ambitions here in South East Asia, but the Thai monarchy cleverly managed to avoid getting swallowed up into the French Empire in Indochina.