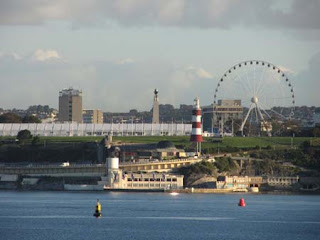 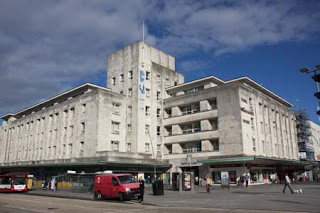 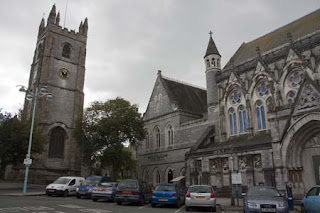 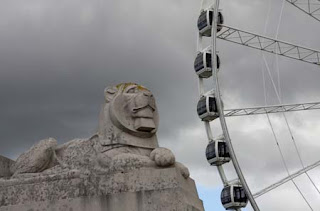 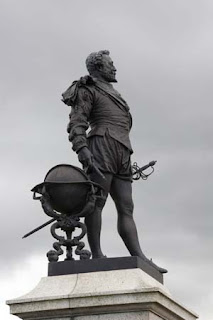 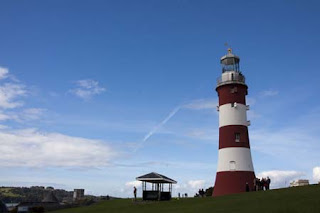 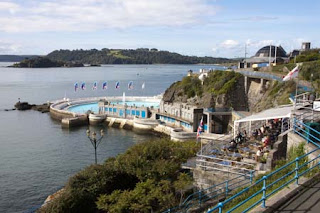 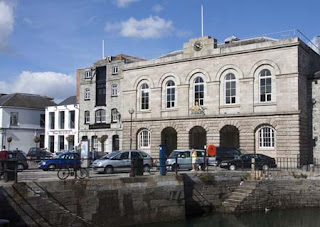 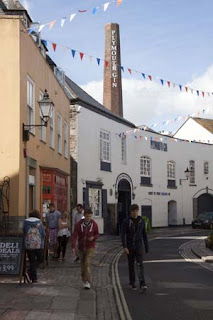 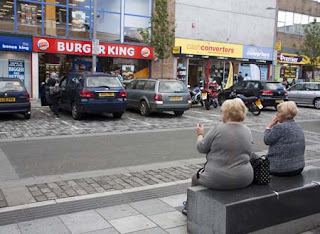 Plymouth was the scene of my infamous Stag Weekend in 1999, which has left me with some hazy memories of the place. So, today was about introducing Tracy to the scene of various incidents, accidents, and punishments inflicted on me by my fellow stags. Of course, it was also about discovering the rich maritime history of a city that's been the starting off point for many epic voyages of discovery and the home of the Royal Navy for the past 500 years.

Whilst the presence of the naval base has been the engine of the city's growth over the centuries, it also caused the Plymouth to suffer terribly in the Second World War, when much of the city centre was destroyed in a series of devastating German bombing raids in 1941. The ruined city was quickly re-built in concrete in the 1950s, and this has given the less-than-beautiful shopping streets of the city centre a similar feel to East Germany.

After exploring this concrete jungle, we then headed down to the part of Plymouth where you can savour the city's maritime legacy – The Hoe. We passed the bowls club and the statue of Sir Francis Drake, to remind us of his Armada-defeating antics in 1588, and we looked out to sea (our view occasionally blocked by a Plymouth University graduation ceremony), to the Royal Navy ships and the Silver Whisper out in the Sound.

We then may our way down to the Barbican, the only bit of historic Plymouth to survive largely intact. Here, in its narrow lanes of historic Elizabethan houses and warehouses, we could at last imagine the city of Drake and Raleigh, while I got regular disconcerting flashbacks of alcohol-based torture inflicted on me in 1999.