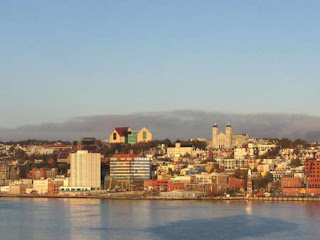 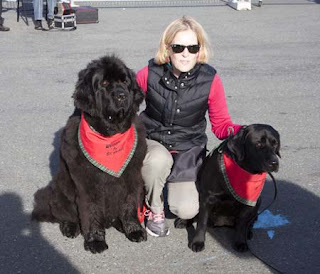 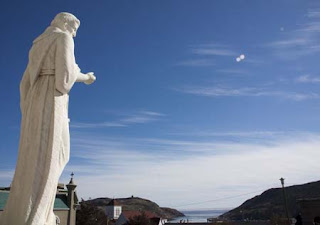 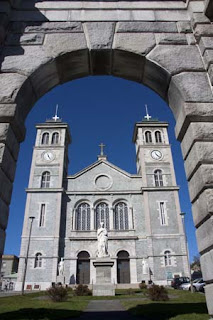 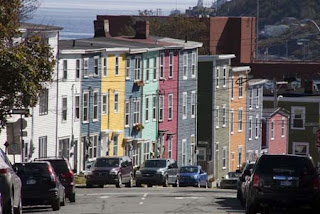 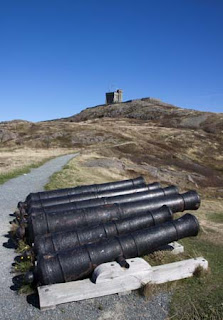 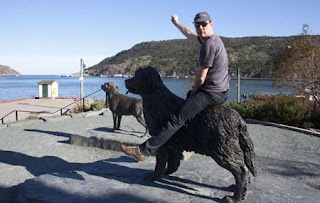 After 4 long days at sea (and fortunately only one stomach-churningly rough day, Thank God!), we finally saw dry land, as we reached the nearest part of North America to Europe – the wild coast of Newfoundland.

In my desperation to see land, I even got up early to be on deck for spectacular our sail-in through the Narrows to St John's sheltered harbour. The Narrows certainly live up to their name – a small opening in the cliffs just 650 feet wide – dominated by the canons pointing down from the top of Signal Hill up above, and then the city's beautiful harbour opened up ahead of us, the city's buildings glinting in the early morning sun.

It had been a beautifully clear morning, but there was a cold wind was howling in at us as we passed through the Narrows into the harbour. However, by mid-morning it was absolutely boiling – not what you'd expect of an autumnal day in Newfoundland – which meant that we had way too many layers on, which swiftly had to be jettisoned back at the ship, although this did give Tracy a chance to play with the gorgeous Newfoundland and Labrador dogs that were on the dockside.

Although it has 100,000 people living there, St John's still has a small town feel – the people are friendly, the shopping is low scale, and the atmosphere is relaxed. We did a bit of general exploring around its old colonial buildings, and then began the long, hot climb up Signal Hill, to get some spectacular views down over the Narrows, the Harbour, and the rest of the city.

On a sunny day, St John's and its environs are incredibly scenic and great for walking; so, from there, we carried on trekking over the top of the hill down to the little fishing village of Quidi Vidi, with its quaint houses overhanging the water's edge. By the time we'd made it back to St John's we'd been walking for about 6 hours, so it was time for a rest and some food back on the ship.

Fortunately, the ship was in town overnight, so we had a chance to explore the St John's nightlife, which is surprisingly lively for a small place. But, before we hit the pub and the beer, we had one more cultural thing to do – to head uphill again, and visit The Rooms, the town's museum and art gallery, which happens to open late (and is free entry!) on a Wednesday. Again, for a small place, the displays up there were very good.

Finally, it was time to explore the Irish heritage of St John's, and go to a folk night in one of the many pubs offering live music. When you talk to a Newfoundlander, the thick Irish brogue of the locals sounds like they might have just got off the boat from Waterford, so it's no surprise to hear that the Irish music on offer here is of a really high quality. In the pub we chose, The Ship, there were five people playing fiddles, two guitarists, an accordion player, and two people on the Bhodran, which gave the place a wonderfully Irish atmosphere. After a few hours of toe-tapping music and a few Guinnesses, I was in Irish heaven – a great way to end what had been a really enjoyable day.