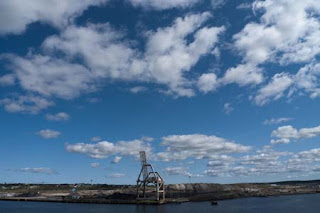 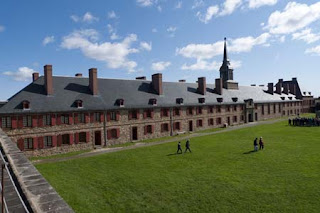 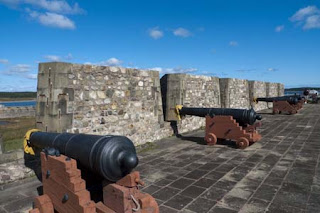 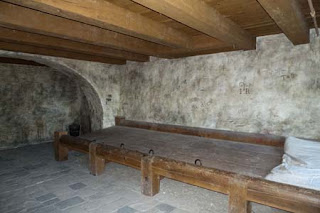 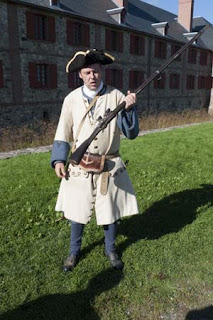 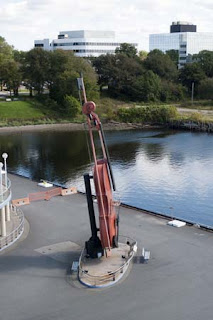 The little port of Sydney on Cape Breton Island, in the north of Nova Scotia province, is trying hard to bounce back from economic collapse. For most of the 20th century, this was a heavily industrialised place, shipping out coal from the local mines, and producing steel from the huge steel works that dominated the town. Unfortunately, the vicissitudes of the global economy haven't been kind to Sydney, as the uneconomic coal mines have closed, and the steel works has been dismantled and taken to India, where it produces steel at a much lower cost.

But, what Sydney does have in its favour, is that it's close-by to some spectacular natural scenery, and one hugely impressive historical site – the old fortress at Louisbourg. So, I joined the tour to Louisbourg, to find out more about the titanic struggles between Britain and France for mastery of Canada, and to soak up the historic atmosphere at what's become Canada's largest restoration project.

The French colonial government built this enormous fortress complex in the early 18th century, as they were being slowly squeezed out of North America by the expanding British Empire, and the fortress proved to be the site of one of their last stands before their eventual defeat in the 7 Years War.

When you get there, it's the scale of the place that hits you – enormous 10-metre thick walls, an array of bastions, barracks, storehouses and accommodations that would have cost the equivalent of $1 billion to build. When the British (under General Wolfe) finally captured the fortress in 1758, they decided to raze it to the ground – but it was so big, it ended up taking them a full 18 months to destroy.

In the 1960s, as Cape Breton fell into decline, the Federal Government decided to invest millions into reconstructing the fortress – and what they've created, hasn't only been a great job-creator, but it's also a wonderfully evocative historic site, one that really brings to life what life would have been like in an 18th century colonial fort. Enthusiastic costumed animators give excellent information on the everyday goings-on in the fort – explaining how they dressed, how little they washed, what they ate and how they fought.

On another sunny day, this was a place where history really came alive.