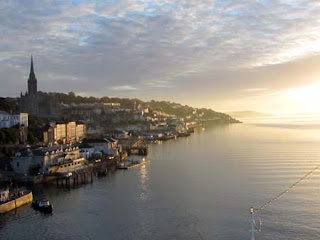 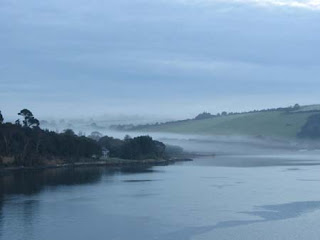 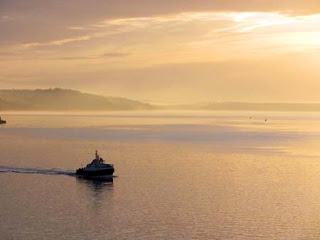 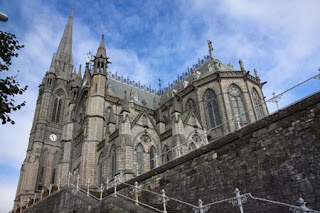 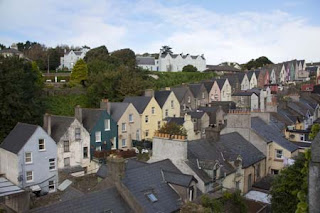 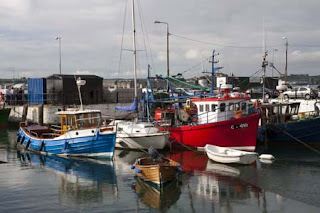 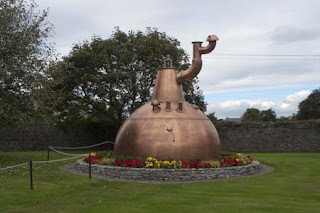 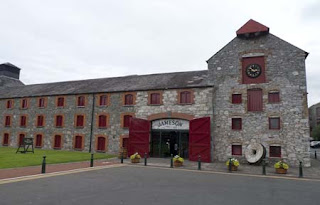 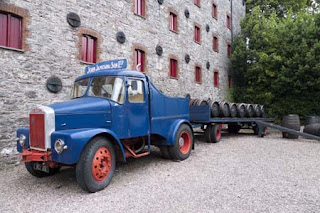 In the morning, we did a little exploring of the quaint village of Cobh - a little place with a big history for shipping. It was from here that around 2.5 million Irish emigrants would have sailed to new lives in Britain, America, Canada and Australia after the tragedy of the Potato Famine; this was the last place that the "unsinkable" Titanic called in before it hit the iceberg in 1912; and it was just off the coast that the Lusitania was sunk in 1915, killing over 1,000 people, and leading the US to join World War One.

Then, in the afternoon, I joined the ship's tour to the Jameson's Distillery in Midleton, about 15 miles away. Pernod Ricard, who own Jameson's, have built a modern distillery next to the old one, which has been converted into a slick visitor centre that gives interesting tours taking you through the complicated process of turning barley into whiskey. The presentations were keen to differentiate Irish whiskey from Scotch whisky, and tried to make out that it was the Irish who taught the Scots what to do anyway. In doing this, they had to gloss over the fact that their founder, John Jameson was actually a Scot.

One of the more interesting aspects of the tour was to look at the strangeness of our young female guide, who bizarrely had thick black eyebrows painted on like Groucho Marx and spoke with an odd accent that confused even the Irish people on the tour. By the end of the tour we were all convinced that she was a robot – she appeared to glide rather than walk, and her rehearsed gesticulations seemed to have all the humanity of an automaton. Maybe she was semi-pickled by drinking too much whiskey, because our tasting at the end proved that it's pretty addictive stuff – smooth and warming.

Fortified by our tasting, most people had nodded off by the time we reached the ship – fully relaxed before our 4 day crossing over to Newfoundland. We pray for smooth seas!