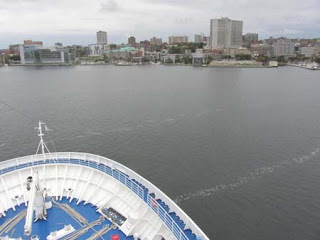 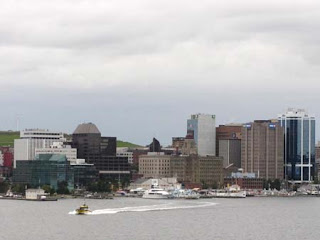 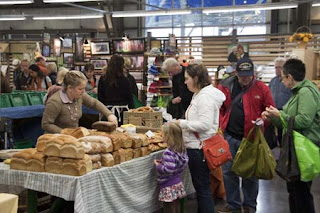 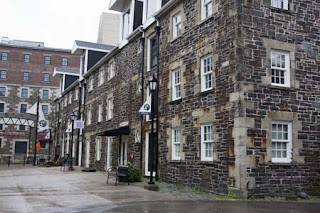 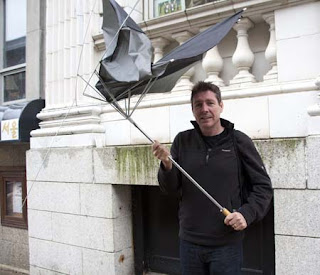 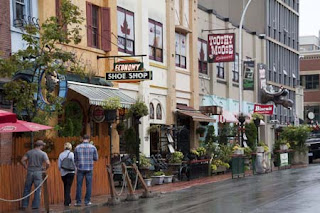 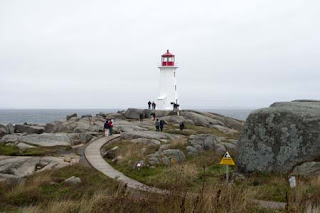 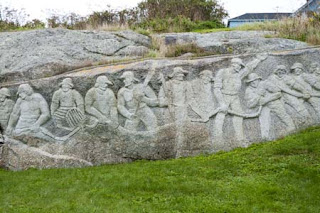 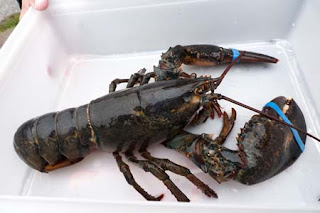 At last the elemental weather that you expect of Canada's Maritime Provinces in the autumn finally hit us. Early morning drizzle turned into heavy rain and umbrella-mashing winds to make us think that we really had arrived in New Scotland.

Halifax is by far the largest of all Canada's Atlantic cities, and that growth has all been founded on its magnificent natural harbour – the second largest in the world, after Sydney (Australia, not Nova Scotia). This has meant that the city became Britain's major naval base in North America and gave Halifax a vital role in both World Wars.

We dodged the rain by going into Halifax's lively Farmer's Market close-by to the pier where we docked, and then we headed down the waterfront boardwalk to appreciate the harbour, and the set of old warehouses and historic buildings that line it. It wasn't really sightseeing weather, so I left Tracy at the Art Gallery while I took a tour to picturesque Peggy's Cove, a tiny little fishing village to the south of Halifax.

In spite of the rain, it was a lovely drive to get there, as the trees are starting to change colour, and the landscape got gradually more bleak and boulder-strewn. Peggy's Cove claims to be Canada's most-visited village, but on a windswept grey day like today, it understandably wasn't too busy. Fortunately, the rain had just about stopped when we got there, and the brooding skies gave the place suitably edge-of-the-world atmosphere.

The village only has a permanent population of 40 (although it's a lot more in the summer), and so the place had a deserted feel, as we explored its waterside of peeling wooden houses and climbed the rocks to get to its old lighthouse. In the summer, you can imagine this would be a lovely place to live; but in the winter, you've got to be a fairly tough person to live somewhere as exposed as this.

We pray for better weather when we come back next week.