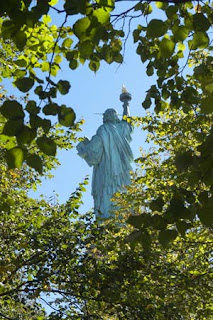 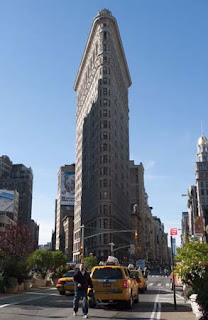 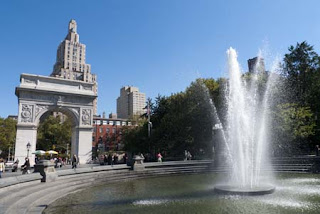 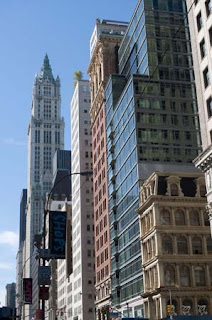 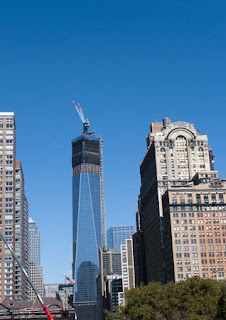 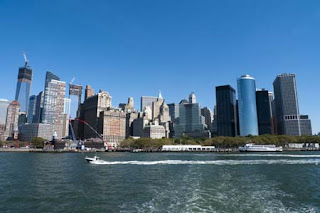 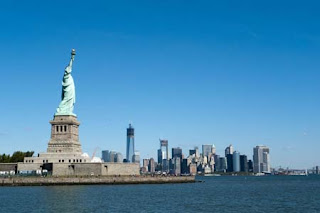 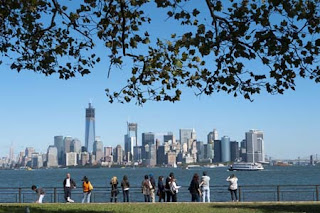 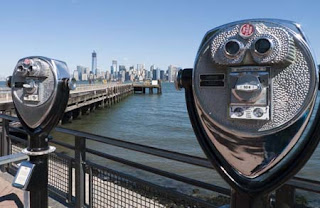 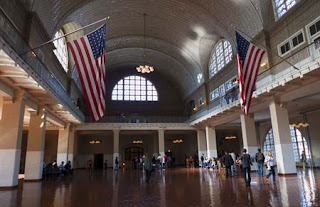 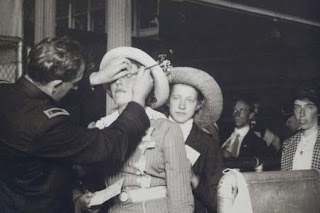 On the way to New York, we had a good news/bad news scenario. The bad news was that a rope had somehow got wrapped around the ship's propeller, which meant that the ship needed to go into dry dock to get it fixed. The further bad news was that we'd have to by-pass Newport to get to the dry dock in New Jersey.

However, the good news was that we would now have an extra two days to explore New York, so we got in touch with our lovely friends who live here, and they were very generously happy to put us up at a moment's notice.

Seeing as we were missing out on sailing into the city, we decided to do things the way that people used to arrive in New York, by visiting Ellis Island and sampling a bit of the immigrant experience. Just getting onto the ferry brings you in touch with the feelings of those poor bewildered immigrants as they arrived in the Land of Opportunity. Even though we'd pre-booked our tickets (which by-passed an absolutely huge queue), there was still a long line of jostling people to join and be herded along like cattle before being grunted at by some grumpy security guards.

At last, we finally got on the ferry which took us for those inspirational views of the Statue of Liberty, before taking us to Liberty Island. Somehow, Lady Liberty looks a bit smaller than you'd imagine from a distance across the harbour, but once you get up close, it looks much, much larger than you expect. For those millions of immigrants who'd taken that long, arduous and scary journey across from the Old World, the first glimpse of her must have given them such a spring in their step.

There was an excellent audio guide that took us through the story of the statue, why it was built, how it was built, and what it stands for; and then it was time for the main event, the ferry over to Ellis Island. Here there was another audio guide which did a brilliant job of bringing alive the immigrant experience, particularly when combined with the evocative black and white pictures of the anxious immigrants dressed up in their best clothes trying to convince the border guards to let them in.

We heard the stories of the inspections the immigrants were put through – particularly gruesome was the button hook that was used to flip open their eyelids inside out, to check for eye disease; and we heard the heartbreaking stories of those who were rejected for various reasons (age, illness, or unacceptable political beliefs).

Most evocative of the lot, was to walk into the huge cavernous processing hall, and to imagine the emotions of those immigrants, waiting to see if their American Dream would become a reality. We only had 3 hours before we had to get the ferry back, and we could easily have spent the whole day there – an absolutely fascinating place that really puts you in touch with the spirit of America.