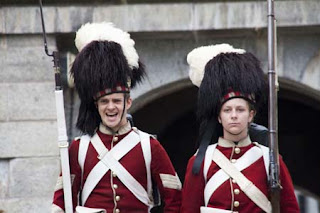 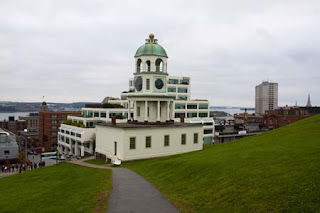 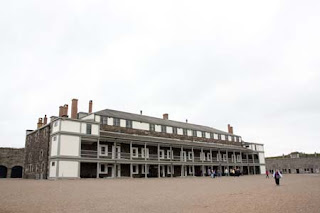 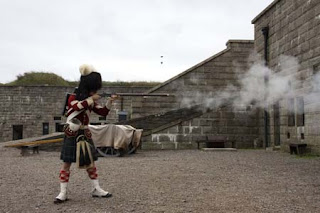 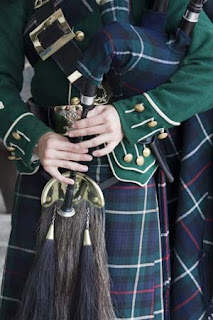 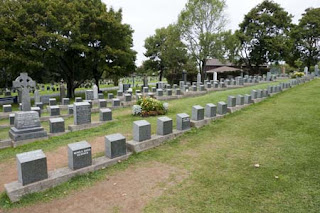 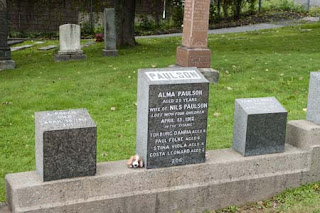 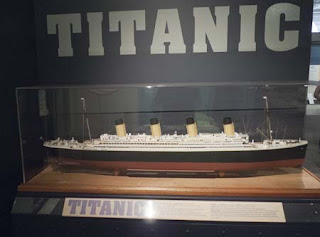 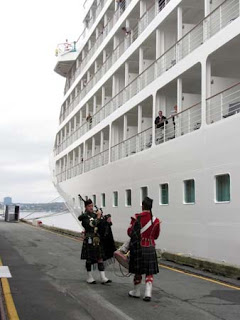 In the morning, we walked from the ship up to the top of Halifax's tallest hill to explore the city's imposing Citadel – an historic star-shaped fortress that was Britain's major military base in North America for 150 years. The fortress was manned by a number of kilted "soldiers" (actors really), who put on good demonstrations of 18th century military procedures, and changing of the guard ceremonies. Tracy tried hard to get the bagpipe player to let her have a go on his pipes (no double entendre intended), but unsurprisingly, he didn't want to share his instrument with her.

In the afternoon, I joined the ship's "Titanic Experience" Tour, which explored the city's close connection with the Titanic tragedy. When the ship struck the iceberg 100 years ago, Halifax was the nearest mainland port to the site of the tragedy, and so ships were dispatched from here with the gruesome task of picking up any bodies. When they reached the site 700 miles away, the ships picked up around 300 of the floating dead; and in the best traditions of the class system, most of the Third Class corpses were quickly buried at sea. It was reasoned that only the First Class passengers would have the resources to either pay for their bodies to be repatriated or to be buried on land.

We went to the Fairview Lawn Cemetery, a fairly bleak place on a grey day like today, where we inspected the three lines of simple graves – some still unidentified, others marked by just their names, and just a few with more ornate gravestones. It was depressing to think that these hundred or so graves were less than 10% of the total lost at sea. Lovers of the film "Titanic" are normally excited to see that there is a grave of a "J. Dawson", but they're then disappointed to find out that he was just a British coal stoker named Joseph, not the fictional "Jack" played by Leonardo DiCaprio in the film.

After the cemetery, we moved onto the town's excellent Maritime Museum, to find out more about the Titanic, and about Halifax's other great maritime disaster, the Great Explosion which took place in the harbour in 1917. During the First World War, munitions ship collided with a freighter and set fire to the ship's highly combustible cargo of half a million tons of TNT – it caused the biggest explosion in human history prior to the atomic age, killed 2,000 people, injured 9,000 people, and destroyed a large part of the city. The second decade of the 20th century must have been a pretty depressing time for the Haligonians.