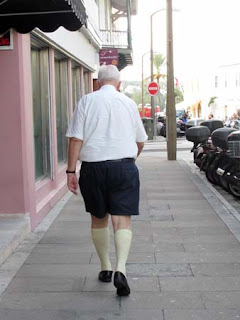 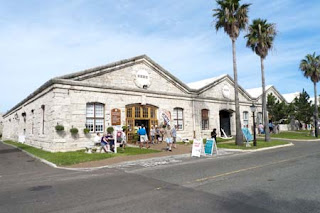 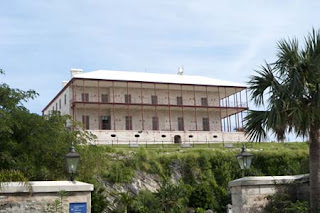 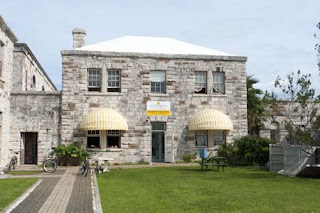 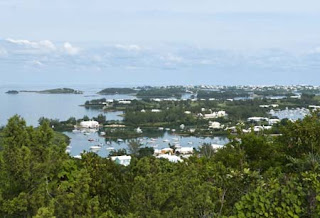 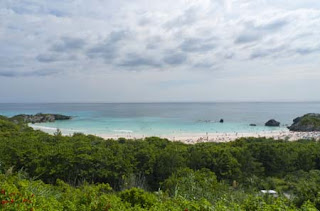 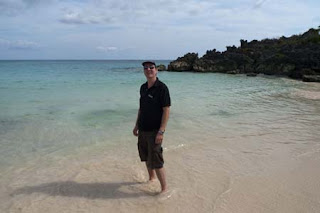 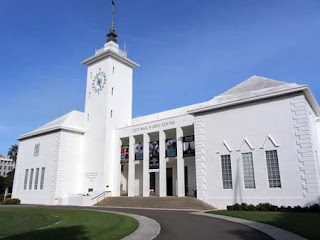 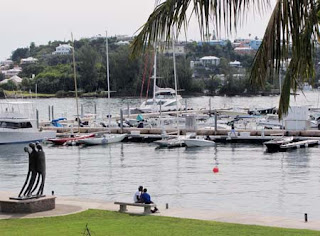 Today I joined the ship's Bermuda Island Tour that took us the length and breadth of the island in the company of our informative bus driver and guide who appeared to know every single building and blade of grass on the island. Bermuda is made up of an archipelago of around 150 islands, the main seven of which are linked by a series of bridges and causeways.

We headed to the middle island to the capital, Hamilton, before making our way to the western end of the territory to Dockyard, the site of Britain's main western Atlantic Naval Base from the start of the 19th century to the 1950s. The huge array of old naval buildings, storehouses and installations have been turned into a modern mall and leisure facility, and we had the smug feeling of congratulating ourselves that we weren't docked next to the two huge cruise ships tied up there.

On the way back, we stopped off at various beaches and sites along the way, including the Gibbs Hill Lighthouse, Horseshoe Bay, and we had the chance for a paddle on the soft pink sands of the quiet John Smith's Beach.

At the end of any time spent in Bermuda, I always come to the same conclusion that it must be a great place to live – lovely climate, gorgeous scenery, a laid-back environment , and incredibly kind, friendly and helpful people.