October 5th – We Are Family in Boston 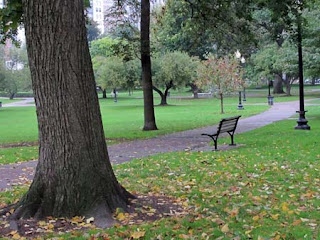 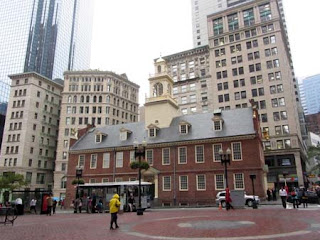 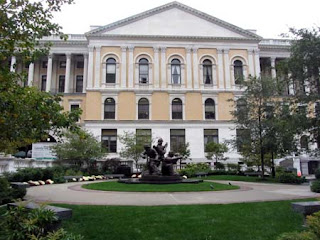 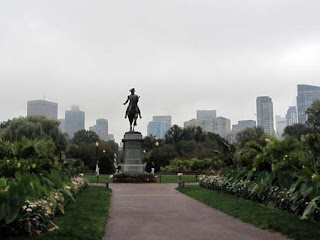 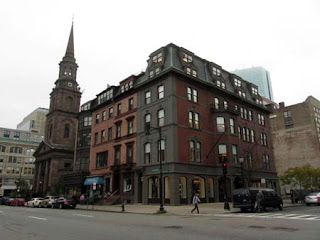 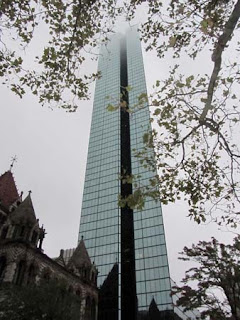 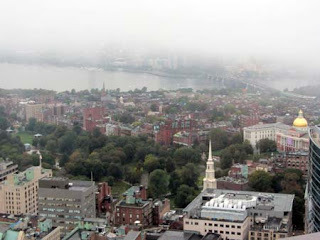 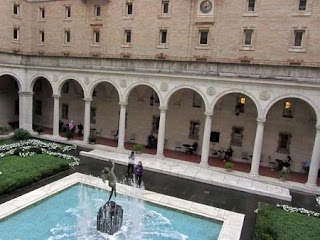 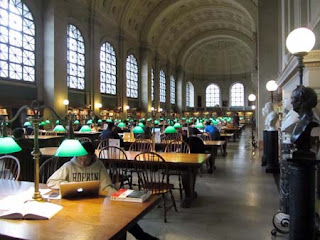 Today I got the chance to meet up with my cousin Chris in Boston.

Boston's a very walkable city, so we walked from the Shuttle Drop off point at Quincy Market, over to his office in the John Hancock Building in Back Bay. On the way, we walked through the brownstone district of Beacon Hill – an upmarket residential district from the 19th century, that wouldn't have looked out of place in London or York.

Whilst we waited for Chris to get out of his meeting, we wandered around the upmarket boutiques of Newbury Street (Boston's version of Bond Street or 5th Avenue), and we also popped our head into the Boston Public Library to see its impressive Reading Room.

Then, Chris took us up to his office on the 56th storey (of the 60 storey building) to admire the panoramic views over Boston from its tallest building. Unfortunately, the fog that had spoiled the views in New York had followed us up the New England coast, and visibility was not very good. Every now and again, the fog lifted and we could glimpse the golden dome of the State House glinting at us, and then it would descend on us again.

So, we caught the subway across town to have lunch and a couple of drinks at the Boston College Club at the top of another skyscraper, to see if the views were any better – it was like someone had hung a white sheet over the window. This meant that it was time to give up on the views and concentrate on catching up and having a few drinks. Time flew by and before we knew it, we were literally running across town to get the last shuttle. By now, panic was beginning to set in (this ship won't wait for Destination Lecturers who are missing in action), so we hailed a cab and told him to put his foot down.

As it turned out, we got to the ship a good 20 minutes before departure time, to be greeted by an announcement that we'd be sailing an hour late while the refuelling was completed. A whole lot of stress and an overpriced cab fare for nothing – but still a great day of catching up with family.