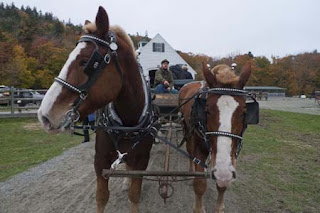 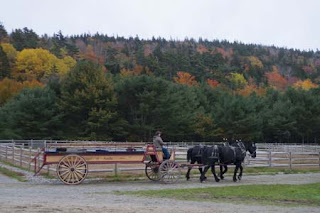 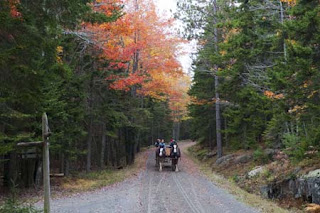 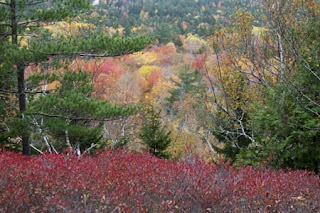 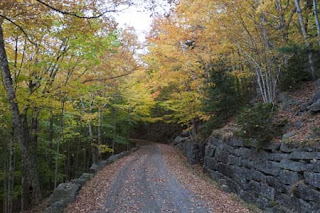 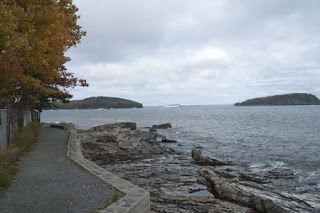 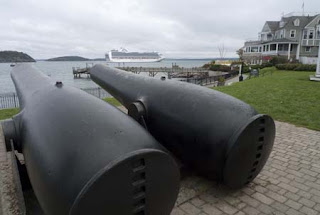 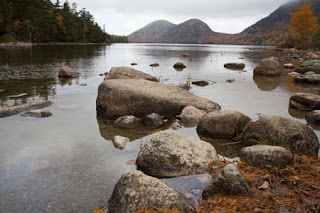 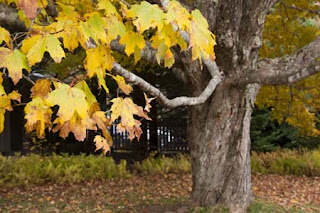 People come to Bar Harbor at this time of year to experience its famous leaves in full colour, and we got our timing just about spot on. Actually, the locals told us that things were at their most colourful peak about 2 days before, but it was pretty spectacular when we got there.

The Acadia National Park is great for exploring by bus, car, or bike, but I was travelling the traditional way – by horse-drawn carriage. The 50 mile network of carriage trails were laid out in the interwar period by the park's biggest benefactor, John D Rockefeller Jnr, who was fed up that cars (he called them "the infernal combustion engine", in spite of his family wealth being generated by the oil that powered them) were now taking over the roads of his beloved island.

So, at great expense, the trails were dug out through the forest, and cars were banned. We climbed into our traditional carriage pulled by two huge plodding horses, and began our sedate circumnavigation of the trails. The colours really were wonderful, and every breath of wind caused a flurry of falling leaves to flutter down on us - it was really magical.

We were told that it would only take a strong gust of wind or a downfall of rain, and the trees would be bare within hours – we really got our timing right.