October 17th – Sydney - In the Footsteps of Alexander Graham Bell 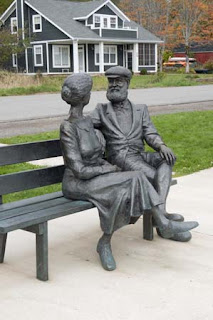 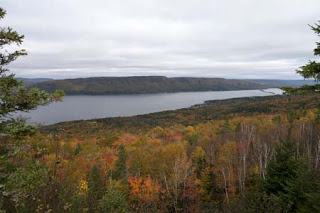 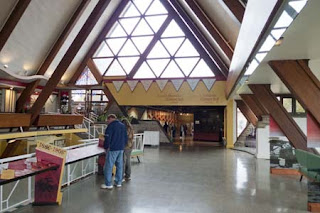 Our unglamorous port of call, Sydney on Cape Breton Island may have seen better days, but it does give us access to some breathtaking scenery. I took the trip out of town to Baddeck, the one-time home of the great inventor, Alexander Graham Bell.

The drive inland to Baddeck, circumnavigating the Bras d'Or Lake was truly stunning. These were the best array of fall colours seen on this trip – at times it seemed like the trees were on fire, so vibrant were the flashes of bright oranges and reds in the forest.

Baddeck is famous for being home to one of the greatest inventors of the industrial revolution – Alexander Graham Bell, the Scotsman who had moved to the US to invent the telephone. The money from the telephone made Bell hugely rich, and enabled him to indulge his imagination in coming up with further inventions in electronic speech, aeronautics, and all kinds of other weird and wacky stuff. It also enabled him to move to this beautiful spot on Cape Breton Island, where the stunning scenery reminded him of the Highlands of Scotland.

When you find out about the lives of people like Bell and Thomas Edison, you begin to realise how many failures and near misses they have along the way – it wasn't all groundbreaking successes. These were people with incredibly enquiring minds who were constantly questioning the status quo and trying new things. Having come up with the telephone, Bell could have just rested on his laurels and taken it easy – instead, he gathered an engineering think tank around himself here in Baddeck, as he tried to push back the boundaries of powered flight. He was inventing and experimenting right until his death in his 80s – if it weren't for men like Bell, the world would be a very different place.