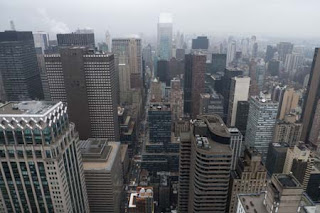 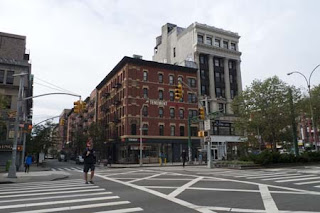 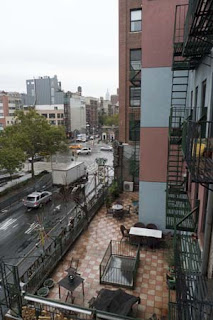 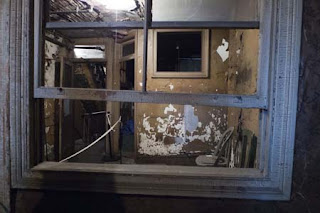 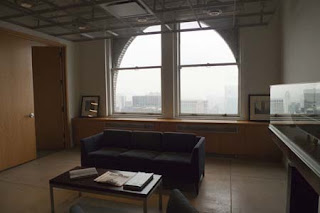 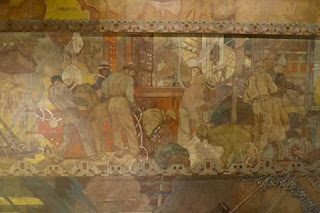 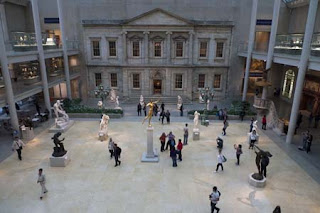 Today we headed over to the Lower East Side, the place where most immigrants went to live after passing through Ellis Island. Back in the 19th century, as millions of immigrants passed through, the Lower East Side became the most densely populated place on the planet, and its tenement buildings became home to way more people than they were ever intended to hold.

These days, the area's been gentrified to some extent, so it wasn't difficult to find a nice place for brunch, before we headed over to the Tenement Museum. The museum is housed in a crumbling 5-storey tenement that had been totally sealed up between the 1930s and the 1980s, when it was turned into the fascinating museum it is today. Each floor consisted of 4 "apartments" – 1 tiny bedroom, a small kitchen (with no running water), and a living room – which would have housed families of up to 10 people. This one was considered upmarket, because it had 3 outside toilets (which actually fed into the public sewer) in its tiny yard.

The whole thing was done extremely well – our tour focused on an Irish family who lived there in the late 19th century, and took you through the practicalities of their daily lives. Life must have been fairly hellish for people in the tenements, and I guess that it was as good an incentive as any for people to work hard, and to save enough money to get the hell out of there. Even though "our" particular family only had three children, the youngest child died of malnutrition.

After the museum, we saw the other side of the American Dream, as we travelled uptown to the iconic Chrysler Building, where our friend's company has an office on the 67th floor (the building has 70 floors. It was a real privilege to be inside this art deco masterpiece, in the top section where the building begins to narrow to its point – and it was amazing to see that the windows just open up like regular windows (we all instinctively took a big step back as soon as our friend opened the window!). Sadly, it was a drizzly day, so the views weren't as spectacular as they could have been, nonetheless, the views over New York's muscular set of skyscrapers was fairly unrivalled.

We were now ticking off New York icons like crazy, so our next stop was the Metropolitan Museum of Art, to see some of the art that Tracy is studying on her history of art course. On the ground floor, we came across the collection of one of the Lehman Brothers – when you saw the unbelievable array of masterpieces that he'd amassed, it wasn't difficult to see why his bank eventually went bankrupt.

So, we soaked up the culture for as long as possible before we got thrown out at closing time, then it was time for re-fueling in a happy hour at a local pub, and then a delicious hummus and falafel meal. A perfect end to a lovely day.