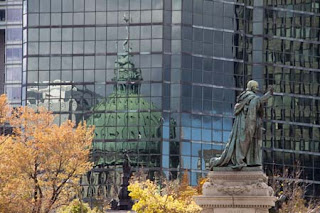 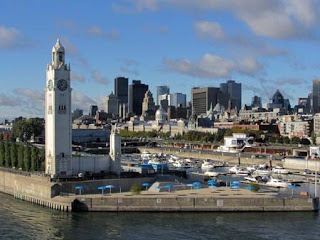 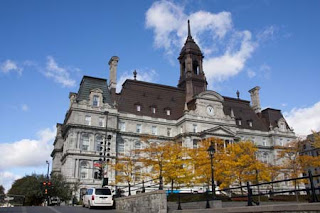 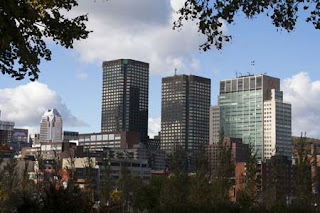 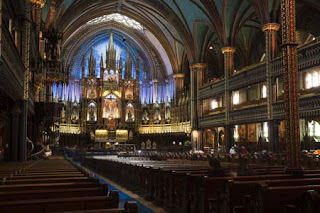 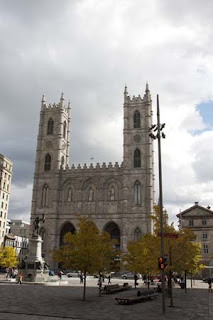 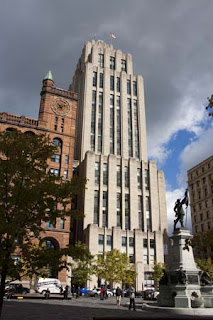 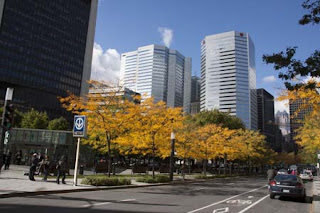 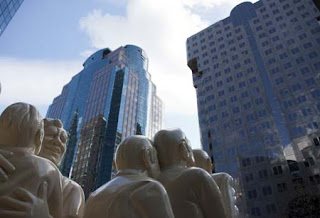 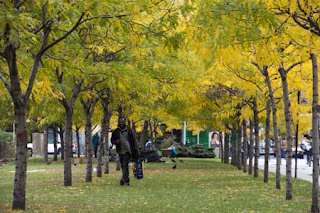 Where Quebec City yesterday had been quaint, historic, and oh-so-French; its bigger French-Canadian sister, Montreal was large, modern and cosmopolitan. We had an impressive sail-in up the St Lawrence River, and docked right in the centre of the city, which made it perfect for exploring the many sides of Montreal..... if only it hadn't been so bloody cold!

We shivered our way around the Old Town, sheltered in the stunningly colourful Basilique Notre Dame, and the howling wind propelled us up to the modern Downtown area with all its skyscrapers – the contrast between old and new Montreal couldn't be much more marked, in some ways representing the struggle for the soul of the city between its Anglophone and Francophone populations.

Thankfully, we found a soup restaurant to warm us up, and then we explored the Golden Square Mile, an area of impressive mansions built by the wealthy classes in the 19th century, when Montreal became a boom town in the industrial age.

Then, just to remind us that Montreal isn't just about the struggle between the British and the French, we visited the town's Chinatown – a place with all the sights, sounds, and smells of China (although the temperatures of China in the middle of a cold snap).