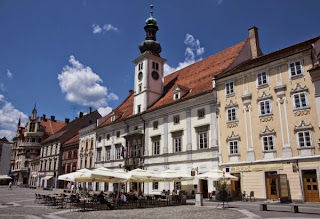 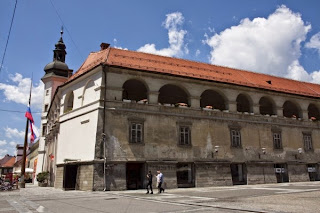 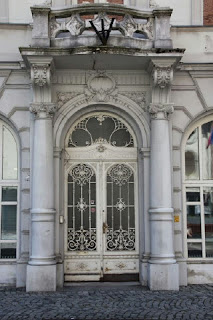 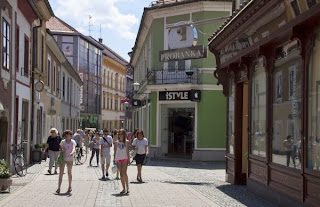 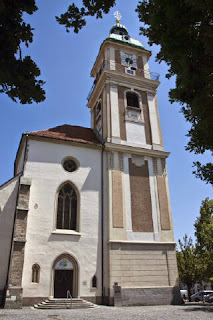 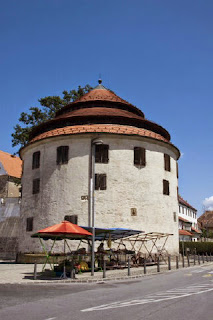 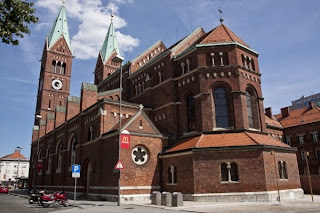 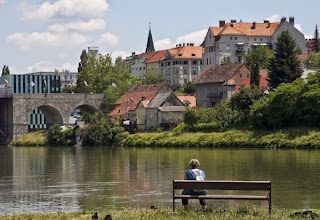 I mentioned earlier that Pjuj had been sidelined by the coming of the railways under the Habsburgs. And, while that killed off Ptuj's urban development, it was a massive boost for the nearby city of Maribor (which was now on the line between Vienna and Trieste, the main port of the Empire). So, Maribor developed into Slovenia's second biggest city.

We took the bus from Ptuj to see what it was like – a visit that confirmed that we'd made the right decision to base ourselves in Ptuj, rather than Maribor. As you can see from the pictures, it's a nice enough place (in fact, the pictures probably make it seem better than it really is), but it's much more low-key than you might expect of a country's second city.

I suppose that in a country of little more than 2 million people, Maribor (with a population of about 90,000) might count as a metropolis, but it seemed little more than a small provincial town to me (which is exactly what it was for much of its life under the 7 centuries of Habsburg rule, when there was no concept of Slovenia as a country). It obviously didn't help that the city had been fairly devastated by bombing during the Second World War, but there was none of the vibrancy we'd experienced on the streets of Ljubljana.

Having said all that, the town appeared to be building itself up for a music festival that was kicking off by the riverside that evening – maybe Maribor is a town for night owls?