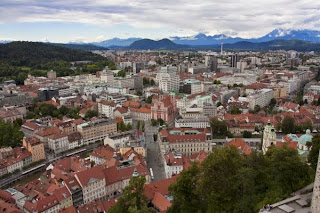 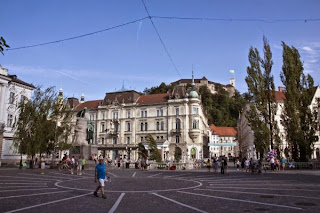 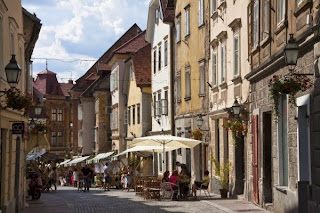 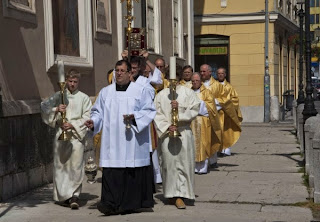 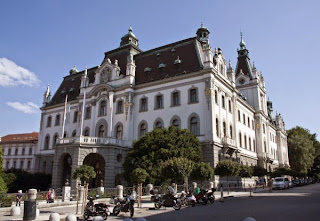 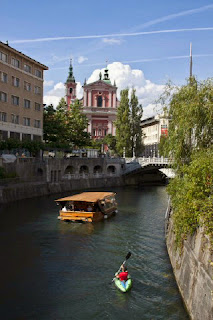 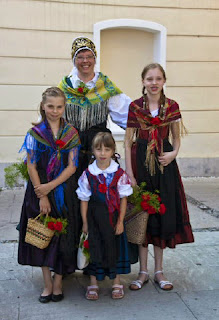 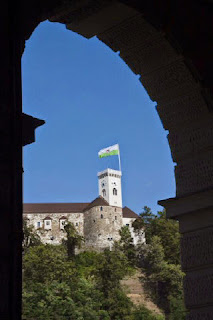 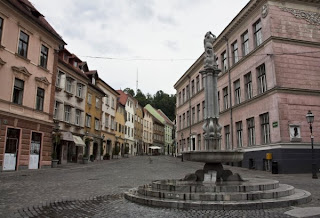 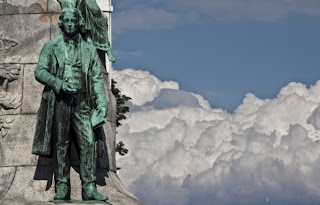 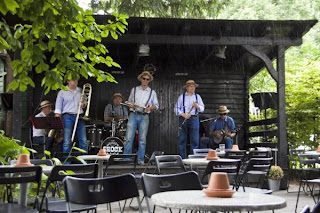 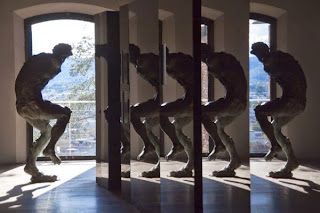 I can't think of any capital city that I've been to (certainly not in Europe) which has a more friendly and laid-back atmosphere than Ljubljana – a beautiful city that's small enough to be manageable, yet has enough sights to easily keep you interested for two or three days. But, the languid atmosphere is made to divert you from doing too much sightseeing – instead, you just want to linger in its riverside cafes and alfresco bars, or have a meal in one of its very reasonable restaurants (things that we've found we're pretty good at over the years!).

There's a really charming vibe about the place, with its attractive collection of baroque and secessionist architecture, church bells chiming fairly regularly, and its imposing castle looking over everything (it seems that you can't call yourself a town in Slovenia if you don't have a medieval castle perched up high on a hill looking over things).

Our campsite was on the edge of town, only a 20 minute cycle ride away, so it was easy to get into the centre, and from there we interspersed our general ambling with a few cultural activities, like going to the National Art Gallery (fairly interesting), going to an open-air jazz club for Sunday lunch (wonderful), and clambering up to the Castle, which aside from offering some great views over the city, had an excellent museum whose interactive displays did a good job of explaining the convoluted history of this young country and its peoples.

At the museum, we learned that until their eventual independence in 1991, the Slovenes have been dominated over the centuries by pretty much all the main regional players – the Germans, the Austrians, the Italians, and the Serbians – it made you wonder how they could be so hospitable to outsiders these days. Maybe, they realise that a country as small as this needs to be on good terms with absolutely everyone; and, with a capital as friendly as this, I'm sure that anyone visiting Ljubljana would become a staunch advocate of Slovenia's continued independence.