November 12th – On The Frankincense Trail in Salalah 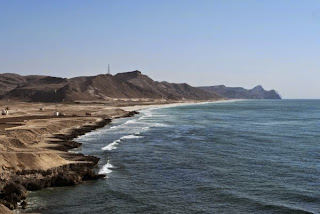 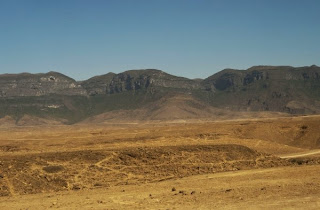 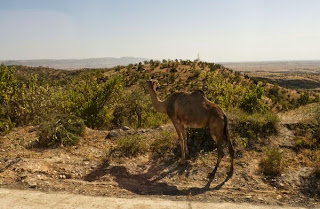 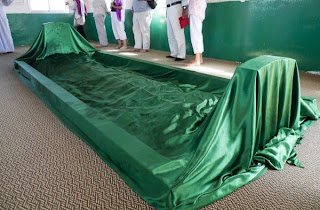 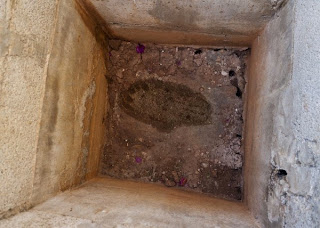 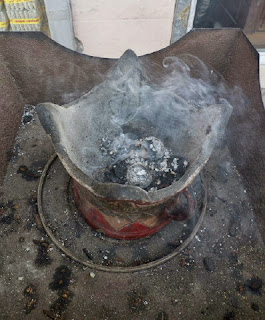 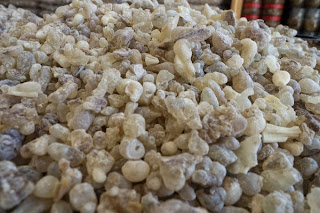 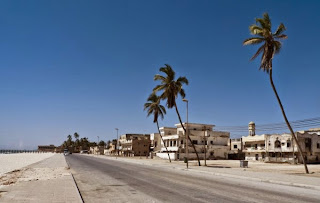 Perhaps I chose the wrong time to watch the film "Captain Phillips"; but, after four long days at sea past the pirate-infested waters of Somalia, the sight of any dry land was a pretty good sight. That was just as well, because it has to be admitted that Salalah is not the most exciting place in the world.

There's nothing wrong with Salalah, it's safe, clean and well-organised, but as a largely modern city, there aren't a great deal of sights to see in town, aside from its souk. So, I joined a tour which took us away from the city along the coast and into the mountains to see Job's Tomb.

Our first stop was to see the blow holes at the beautiful Mughsail Beach. At the end of the gorgeous stretch of white sand, the blow holes weren't blowing too hard (the sea was too calm), but they made an intermittent growling sound like the breathing of a distant dragon.

Next we ventured into the rugged hills behind the coast – on a hot and bone-dry day it was hard to believe that 2 months ago, these brown hills would have been a bright emerald green, as the scrubby vegetation would have burst to life in the 8-week long monsoon that waters this part of Oman. It's this unique microclimate that enables the Dhofar region to grow the rare Frankincense tree – a precious commodity in ancient times, that would have brought great wealth to Oman. Sadly, for the country, frankincense isn't worth its weight in gold any more, so our only glimpse of the fabled tree was in the far distance.

Our next stop was to visit Job's Tomb – the final resting place of the super-patient prophet. Our guide told us that there were rival Tombs for Job in Turkey and Syria, but he assured us that this was the real deal. Outside the tomb, inside a 5-foot high protective wall was what purported to be Job's footprint – a huge imprint in the rock about the size of a yeti's foot. Unfortunately, as I strained to look down over this improbably large footprint, my sunglasses fell off my head and landed right on top of the holy relics. As I wondered if I would be deported for jumping down there to get my glasses back, fortunately my ingenious guide got a stick to fish them out.

So, crisis averted, I was able to visit the tomb of the patient one. It was a very simple affair; but, befitting for a man who must have worn size 50 shoes, the grave was about 4 metres long – our guide told us that Job was a giant who lived until he was over 200 (which gave him plenty of time to grow).

Finally, we stopped in Salalah's souk – basically one big smoky showpiece for aromatic frankincense. Seeing as I wasn't in the market for frankincense (when would you use it?), I didn't spend too many Rials.