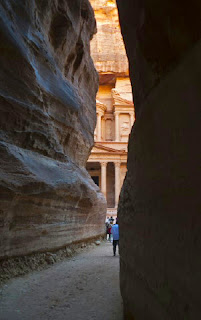 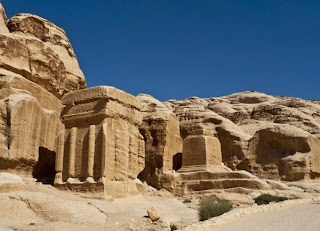 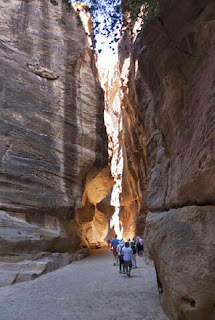 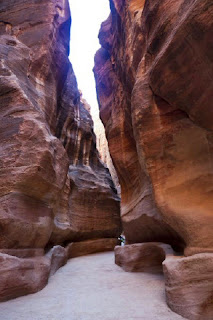 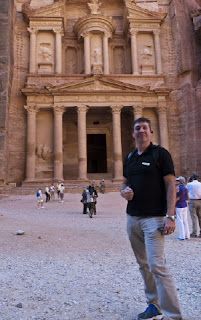 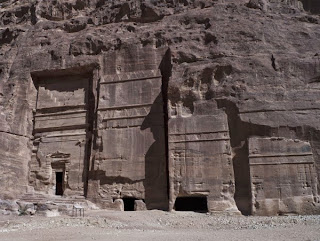 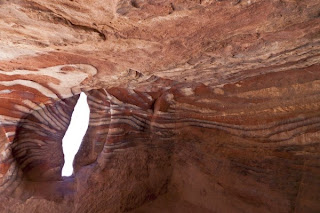 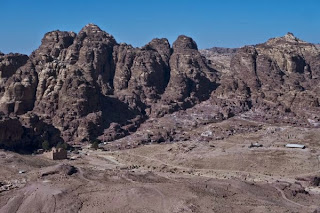 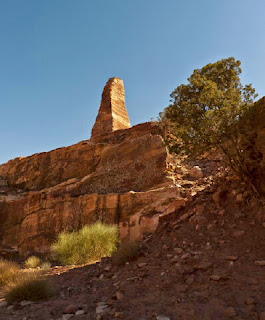 The Lost City of Petra is a place that warrants at least a three-day visit to fully uncover its amazing riches, but even in the short time we have on a quick day trip from Aqaba, it has enough over-whelming sights to warrant its title as one of the "New Seven Wonders of the World".

For me, the thing that makes visiting Petra so special is that the approach to it on foot, down the narrow Siq with the red rocks towering over you on both sides, really does make you feel like you're following in the footsteps of the ancients, and that you almost feel like you're re-discovering this Lost City for yourself.

As you stumble down this atmospheric canyon, your eyes having to adjust to the changes from light into shade, you constantly have to keep your eyes out for the horse-drawn buggies that come hurtling down the Siq at breakneck speed. Then, to show that modernity has come to even this most ancient of sites, they've now introduced golf buggies to silently whizz the most wealthy visitors down the Siq. It doesn't seem quite right to be approaching the fabled Treasury in a golf buggy – it rather spoils the Indiana Jones feel of the place!

But, however you get there, that first view of the Treasury, glowing in the sunlight ahead of you, really is breathtaking. I've been here a number of times, but it's still enough to put a spring in your step.

Actually, it inspired me to attempt to see a remote part of the site that I haven't been to before – The High Place of Sacrifice – a place where the emphasis is on High, going up a steep and rough pass up to the top of the tall hills that overlook the main site. At the end of a fascinating tour, our guide had given us an hour and a half free time – time that needed to include the walk back up the Siq, which would take at least half an hour to get back to our meeting point.

He said that the climb up and down the High Place of Sacrifice would take an hour to complete, which meant that I needed to do the hike extremely quickly. So, I pretty much ran all the way up there, my lungs bursting and my thighs burning non-stop, as I struggled to keep my footing up the weathered steps to this viewpoint. As I passed people coming down, I kept asking them if I was close – the reply was never less than a disheartening, "you've got a long way to go", until someone finally said, an encouraging "less than 5 minutes".

By now, I was a panting, hyperventilating mess, covered in sweat and scarcely able to take in the wonderful views I was seeing along the way. But, amazingly, I had got to the top in just 15 minutes (I read later that Lonely Planet said it would take 45 minutes). At the top, the sacrificial altar wasn't much to shout about, but, the views were indeed absolutely spectacular – looking across this massive site carved out of the rose-red mountains, it looked so barren and dry, that it was hard to imagine that at its peak, Petra would have been home to up to 50,000 people. There was an eerie windswept solitude up there, away from the crowds hanging around the Treasury.

After a couple of minutes catching my breath and soaking up the magnificent panorama, it was time to get back down. With gravity on my side, it was certainly easier on the legs, although the main problem was picking up too much momentum as I sped back down, almost out of control at times.

Petra looks good from any angle, but it was great to get a different perspective on one of the most stunning ancient sites in the world.