November 15th - Looking Down On Dubai 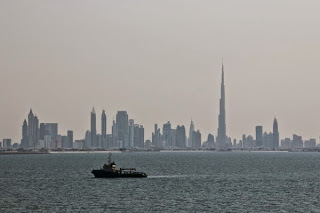 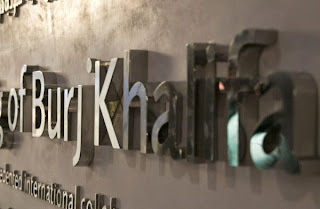 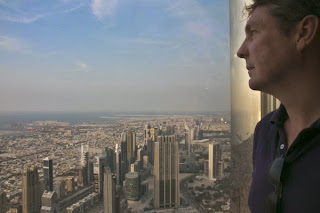 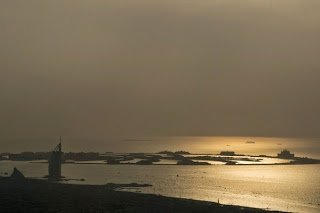 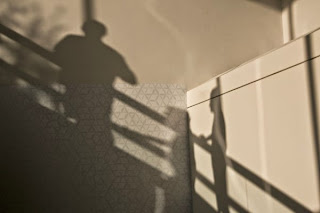 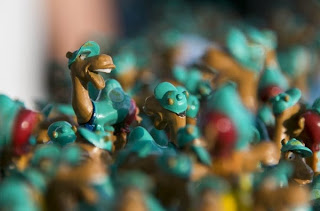 Dubai is a crazy place whose existence seems to have no relation to logic. That they've been able to create the most modern city in the world in the deset sands - from nothing - just has to be admired.

Our first glimpse of that Toytown skyline from the sea is always an inspiring one, with the impossibly tall Burj Khalifa looking down on everything - it's so ridiculously tall that it doesn't seem real.

Our mission today was to get to the top of the World's Tallest Building (or at least to its Observation Deck which is "only" on the 124th floor of this 160-storey building). To get there, you need to pass by the World's Largest Aquarium in the World's Largest Shopping Mall, and then catch the World's Fastest Lift up to the top (shooting up at 10-metres per second). Visiting here is like browsing the Guinness Book of Records.

Once you're at the top, the views are breathtaking - lines of exotically-shaped skyscrapers (looking tiny from this lofty vantage point), ridiculously-shaped man-made islands sitting out to sea, and sand everywhere.

Last time we were here (in 2012), everyone was saying that Dubai was on its way out - the bubble had burst, the skyscrapers were empty and people were leaving. Yet, somehow the city's turned it around and it's back on the up again.

Whenever I come here, there's a slight feeling that it's all good to be true, that there's not much to back all these flashy buliding projects up. But, despite my cynicism, Dubai keeps growing and keeps building. What an amazing city!