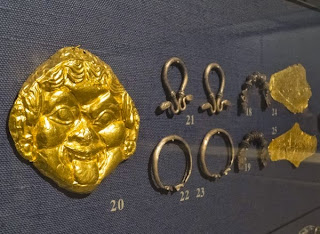 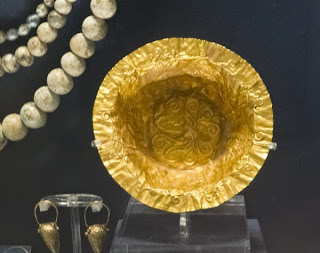 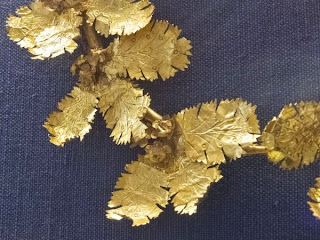 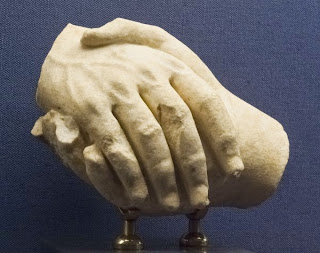 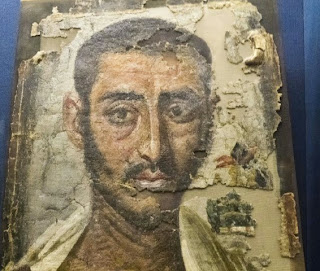 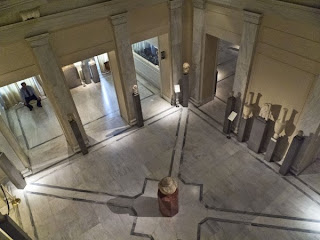 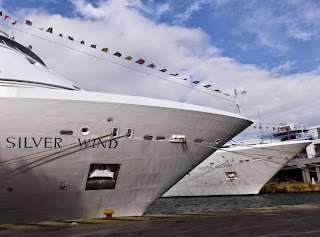 Every time we come to Athens, someone tells us that we should visit the Benaki Museum. So, today we went to see what all the fuss was about.

The Museum was the private collection of a rich Athenian, and is housed in a huge neo-classical house not far from Syntagma Square. It houses quite an eclectic collection of ancient and modern Greek artefacts, cultural items and memorabilia, that quite clearly reflects Benaki's tastes – he clearly loved the Mycenaean culture (with some amazing pieces of gold jewellery), but can't have been interested in Greece's years as part of the Roman Empire (there's nothing from that period).

For me, it was the displays of ancient Greek artefacts where the museum was strongest, although its Byzantine displays, and collections of Greek icons would be great for the specialist, while the traditional Greek costumes would interest those who are more into cultural history.

I enjoyed the displays (and the rooftop cafe was great too), although I'd put this in Athens's second tier of attractions – to be visited once you've exhausted the riches of all the ancient sites and the splendid National Archaeological Museum.