October 28th – Jerusalem Without The Crowds 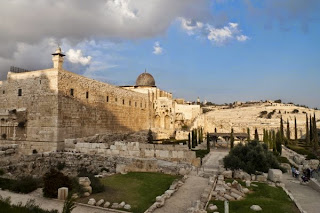 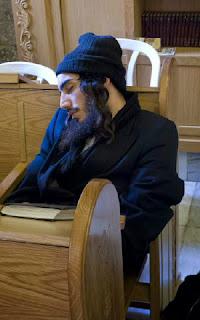 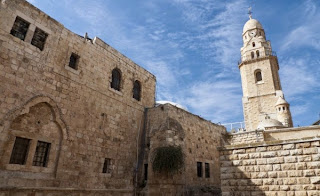 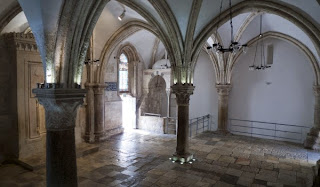 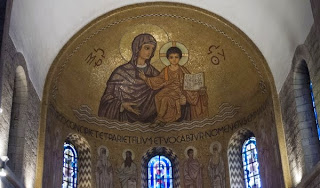 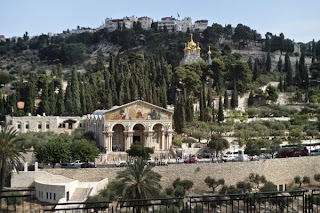 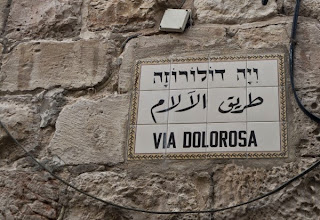 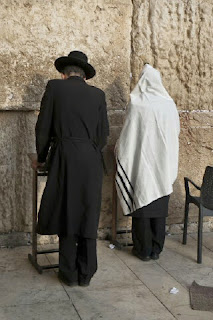 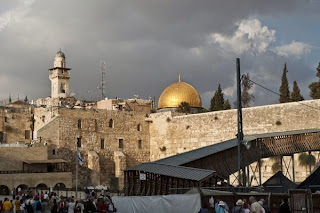 You're not in Jerusalem long before you can see what an incredibly complicated and cosmopolitan place it is. You share its historic streets with Catholic Nuns, Orthodox Jews, Greek Orthodox priests, Muslim Clerics, troupes of pilgrims, and of course, the thousands of people of all faiths who live and work here. The skyline is dominated by the glinting golden dome of the Dome in the Rock Mosque, but it's punctuated with so many bell towers of Catholic Churches, the golden onion domes of a Russian orthodox church, and the tower blocks of the modern Israeli city behind it.

Being the holiest site in Judaism and Christianity, and the third most holy site of Islam, has brought a huge amount of emotional and cultural significance to the city, which means that tensions between the different faiths are always just below the surface (especially at the moment). Having said all that, inside the city walls, as we walked through the packed Arab district and along the Via Delarosa, the atmosphere actually seemed quite relaxed (of course, all things are relative).

We visited the place where the Last Supper was reputedly held (although not sure how they ate in a medieval hall built 1,100 years after their meal), King David's tomb, the Dormition Church, before the main event, the Church of the Holy Sepulchre. Even without as many visitors as normal, it was still pretty manic in there – the deep significance and the sombre mood of the place, sometimes draws out reactions in people that are verging on the hysterical.

Talking of highly charged places, we then went to the Western Wall sitting underneath the Dome in the Rock Mosque, which was its usual mix of devout Jews praying fervently against the stone (some of them swaying manically), and tourists who've come to witness the most hotly disputed territory in one of the most hotly disputed cities in the world.

As ever in Jerusalem, its potent combination of history, religion and politics makes this one of the most interesting cities in the world – and, one of the most combustible too.

PS. To give you an idea of how unstable things are here there were shootings and riots in Jerusalem only 3 days after we left. Timing is Everything!