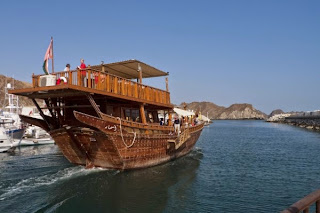 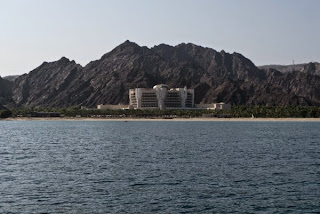 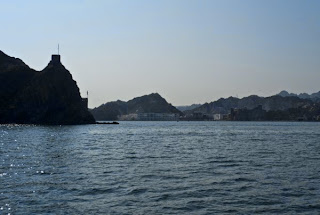 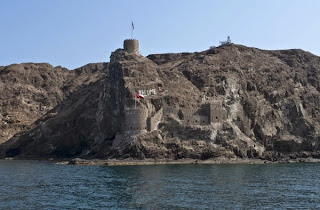 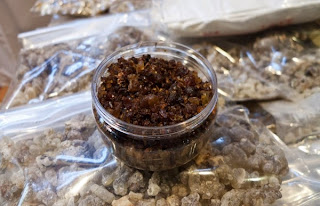 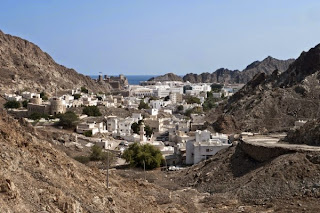 Oman's squeaky clean capital, Muscat, is a great place for a day trip – friendly locals, spotless streets, and an impressive blend of traditional and contemporary Arab architecture. But, seeing as I've seen most of the sights in town, today I chose to get a different persepective on the city – by boat.

Throughout its history, Oman has always been a great seafaring and trading nation (Sinbad was from here after all); and we were able to explore some of its coastline on a traditional wooden dhow – the type that Sinbad himself would probably have sailed in.

It was a relaxing, slow drift around, as the sun got hotter and hotter; but as we sailed, we saw so many fortifications and castles along that rocky coast – a formidable system of defences that allowed the Sultanate to have an empire as widespread as East Africa and India in the 19th century. We sailed past the impressive Al-Alam palace, framed between two historic fortresses built by the Portuguese when they briefly conquered Oman in the 16th century.

On our way back to the ship, we popped in at Muscat's well ordered souk (one of my favourites in Arabia), although again as I wasn't in the market for Frankincense (or Gold, or Myrrh for that matter), I didn't pick up any Christmas presents along the way.