April 18th – Luxor and The Valley of the Kings

Just as you start to think that the World Cruise is slowing down and drawing to a close, the excitement levels get ramped up as we get to Egypt to experience the wonders of the Pharaohs with a trip to Luxor and The Valley of the Kings. Admittedly this is a bit of a "no pain no gain" scenario, because the visit entails a long 3 and a half hour drive each way from the scruffy Red Sea port of Safaga.

As ever in Egypt, there's plenty of entertainment on offer just from looking out of the window at the amazing street life on show – however, as the driver slams on his brakes for the 50th police checkpoint, or we're virtually jolted out of our seats for the 200th vicious speed bump, then the gloss begins to wear off a little.

Having said that, people who hadn't been to Egypt before found this a little hard to believe, (given the pervading sense of chaos and poverty out there, and the striking lack of technology being used in the fields), but there do appear to be a few signs of progress since my last visit. Certainly there was less litter on show (although still quite a lot of it), and there appeared to be more people actually doing stuff rather than just sitting around resignedly.

But, all this lack of development was made more stark, when we got to Luxor and saw its magnificent ancient temples dominating the scruffy town around it. It's amazing to think that what was created 3,500 years ago, is so much better constructed, so much more magnificent, and so far in advance of what's around it now.

The wonderful thing about the Luxor Temple is that it traces the so much of Egypt's long history in just one complex. From the succession of pharaohs who each competed to leave behind ever more magnificent monuments to their own greatness (so many statues, obelisks, carvings, and colonnaded courtyards that it takes your breath away); then onto the Greeks with Alexander the Great, who left behind impressive bas reliefs styling himself as a new Pharaoh; to the Christians, whose saintly frescoes covered over some of the pharaonic carvings; onto the Muslims who built a mosque right on top of part of the complex (if they could ever get them to move, there must be some more treasures underneath).

By now, the temperature was getting super hot, so it was good to retreat to a hotel for lunch by the Nile. It was obvious that the tourist numbers were still way down (our guide told us that the place was running at about 30% of capacity, but it felt lower than that). We did see at least a few cruise boats sailing on the Nile (which we didn't see last year), but there were still hundreds tied up along the Nile, waiting for the tourists to return.

After lunch, we headed to The Valley of the Kings, which was absolutely roasting by now. It was a relief to get out of the sun to shelter inside these evocative tombs, but the amount of colourful ornamentation on its walls, and the amazing artistry of the paintings left you wondering what riches these huge tombs would have contained before the grave robbers stole their treasures. Unfortunately, you can't take photos in the Valley to remember it by, but magnificent sights like these linger in the memory for a long time.

It was a long journey to get here, but totally worth it. I hope that Egypt's long journey back to recovering its lost glories, isn't hit by as many speed bumps as ours was. 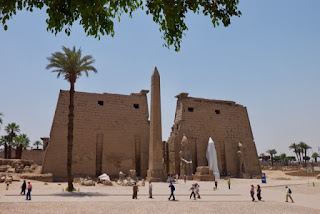 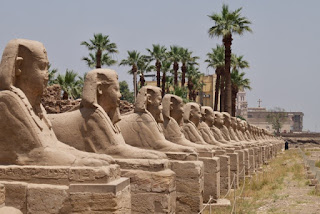 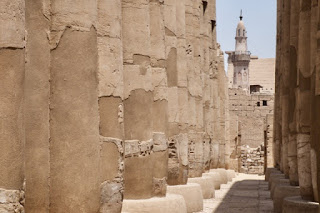 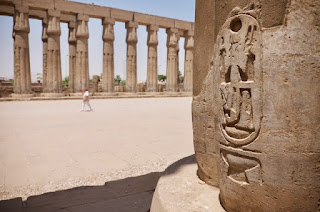 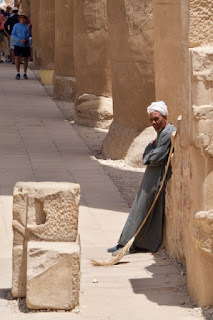 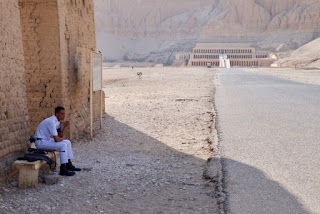 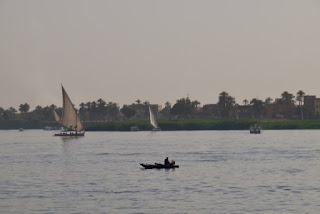