April 20th – Sun, but not much fun in Sharm El Sheik

The sign proclaiming "Sun and Fun in Sharm El Sheik" only got half the story right. In Sharm El Sheik's recent calamitous downturn, sunny weather has been about the only constant. How could it not be when the town sits on the edge of the barren Sinai desert?

But, what has been missing from the resort is a fairly vital ingredient – tourists. Because, since 2015, there have been no flights arriving from Sharm's three biggest markets – Russia, Germany and the UK. That meant that when we visited this time last year, this was a depressingly empty ghost town, with scarcely a paying customer in sight. We only had a quick morning visit here this year, so our mission was to see if things had got better.

Well, yes and no.

This year, there were at least a few people occupying the sun beds – we were told that they were mainly from Ukraine and Belorussia – hardly the biggest-spending crowd. But, the shops, cafes and restaurants all seemed to be pretty much empty, with at least half of them seemingly closed down for good. Admittedly, it was fairly early in the day, and things presumably get busier later on, but this utterly empty town still made for a pathetic sight.

We spoke to a shopkeeper who asked us why there weren't any other English tourists here. The answer was fairly obvious – without direct flights, it would take a real mission to get here. And, when you looked at the dead, depressingly tacky town that greeted us, there can't be many takers for that. Plus, with a deadly terrorist attack taking place on St Catherine's Monastery the day before (one of the Sinai's main attractions), it doesn't look like things are going to change much here.

The shopkeeper told us that he used to have 6 stores, but 5 had closed down, and he was assessing whether to continue with the final one open. How long can you keep going when you've had 18-months of virtually no trade? We felt desperately sorry for him, but we had no need of his tacky souvenirs and faded T-shirts.

With lines of unoccupied villas stretching into the desert, this could either be a great time to pick up some bargain property, or it could be the time for the few remaining foreigners left here to cut their losses before their purchases become utterly worthless. Of course, the poor businesspeople who've made their lives here don't have the luxury of that option.

A visit to Sharm leaves you wondering what the future holds for the resort. I have to admit that at the moment, it doesn't look very bright. 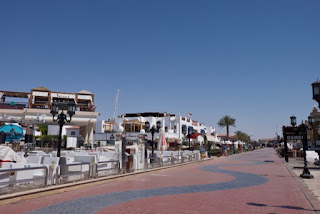 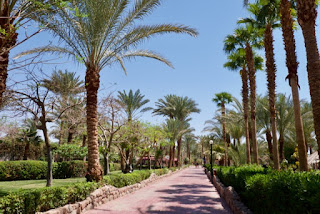 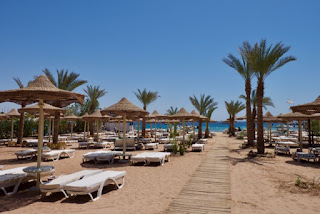 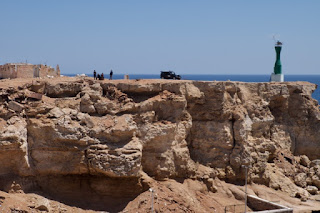