April 27th – Great To Be Back in Sicily

That meant that there was a feeling of almost "coming home", as we stepped off the tender in Siracusa, and began to explore its atmospheric streets. In fact, it was almost like we'd forgotten how much we loved this part of Sicily, as we walked down its atmospherically chaotic market, and chatted to its friendly gruff-voiced vendors, each of them looking like they could have had a walk-on part in The Godfather or the Sopranos.

Because, the thing that I really love about Sicily (apart from its wonderful food, its great weather, and its amazing history), is that it manages to mix magnificent sights (like the splendid baroque architecture of Siracusa) with charmingly ordinary, down-to-earth streetlife. For every spruced up set-piece (like the sparkling golden stone of the Piazza del Duomo), you only have to head a couple of streets back to get into slightly run-down alleyways where the baroque facades have been weathered by years of neglect.

But, from the historic splendours of Ortigia (the island/peninsula of baroque Siracusa), we headed into the modern town on the mainland – a place that had to be largely rebuilt (mainly out of concrete), after the bombing raids of the Second World War. But ironically, beneath the fabric of this rather unattractive modern town, are many relics of Ancient Siracusa, dating from the times when this was a thriving Greek city that was a serious rival of Athens.

So, we headed over to the Archaeological Museum to see what had been dug up around Siracusa. This modern Museum was built in the 1980s, but it seems to have fared less well than the ancient exhibits it houses – it suffers from leaks, broken lifts, and non-functioning toilets, which is a probably a sign that (like a few other things in Sicily) the construction and maintenance funds were probably not used as they should be. However, its contents were great, and have helped us piece together a lot of what we saw over the summer.

But, having got our fill of culture, most of the rest of the day was spent soaking up what Sicily does best – delicious food and drink. So, Tracy chowed down on a tasty cannolo for elevenses, we had some excellent pasta for lunch, and then in the evening, we went to an excellent bistro called Macalle where we had some great Sicilian dishes.

It was great to be back "Home" in Sicily. 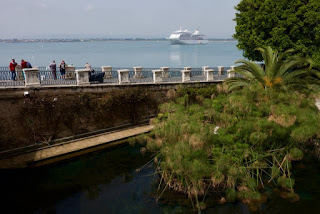 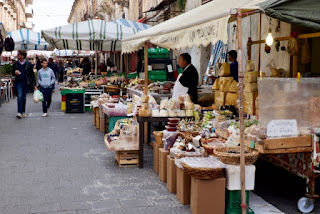 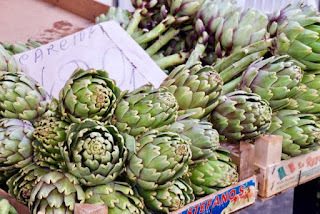 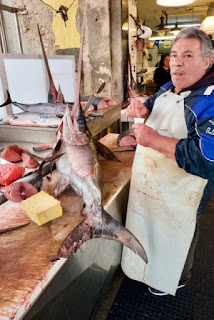 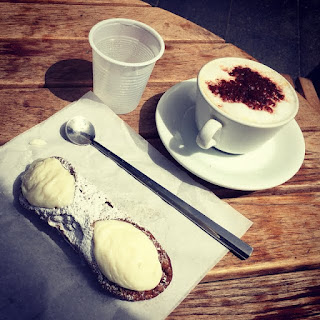 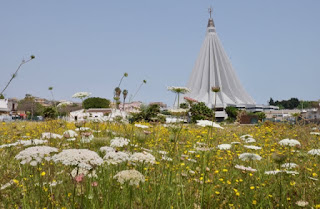 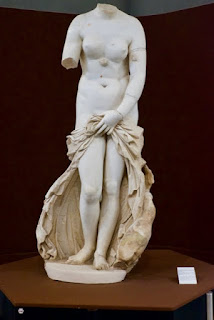 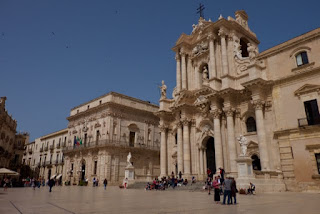