After nearly 4 months away, it's always good to get back to Europe. And, after a few days in chaotic Egypt, visiting Athens really feels like coming back to civilisation (even if its last few years engulfed in Greece's financial crisis, have left it slightly scruffy and covered in graffiti).

Of course, it's wholly appropriate that Athens feels so civilised, considering that this city really was the Cradle of Western Civilisation, 2,500 years ago. So, we roamed around town, soaking up many of the wonderful relics of Ancient Athens – from the splendour of the Parthenon in the towering Acropolis, to the ruined temple of Olympian Zeus, to the Ancient Agora – ancient monuments make up so much of the fabric of the modern city.

Actually, the modern city seems to have cleaned up its act a little in the 18 months since we were here last – hopefully a sign that the Greek economy is getting back on its feet again, after nearly a decade of depression. In fact, the whole town seemed full of tourists, so there was a vibrant, positive atmosphere out there on the streets.

We rounded off our day's sightseeing, with a visit to one of the more bizarre-looking pieces of pageantry in Western Europe – the Changing of the Guard Ceremony, outside the Tomb of the Unknown Soldier at the Parliament Building. Here, the perfectly choreographed soldiers, dressed up in their traditional finery of pom-pommed clogs, pleated skirts and thick woollen tights, goose-step around in toe-pointing slow-motion. To me, it looks slightly ridiculous (who on earth came up with these crazy moves that bear no relation to actual walking or marching?), but it's incredibly difficult to do, and requires immense discipline and physical strength from the soldier.

Greece continues to be a wonderful mixture of the traditional and the modern, of the ancient and contemporary. It's good to be back. 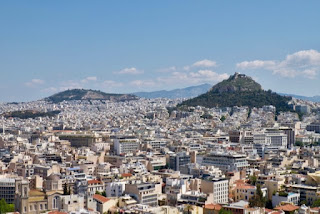 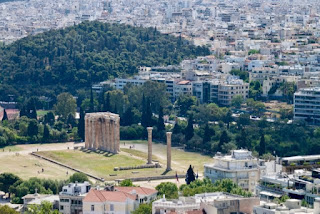 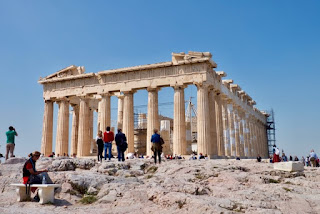 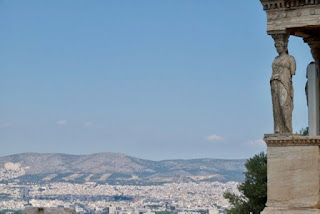 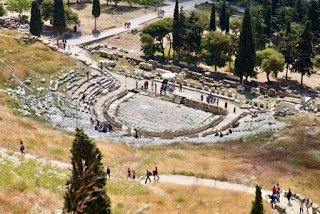 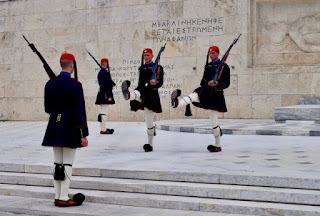